Ole Miss Color Run Returns to Oxford Bigger, Better and Bluer Than Ever 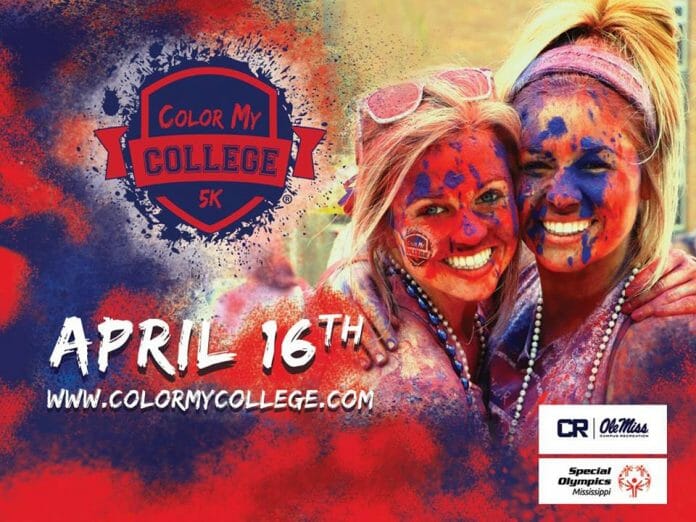 Starting at 9:00 a.m., the Color My College Pre-Party beings with music, contests and prizes. Anyone wanting to participate in the 5K will line up at the starting line at 10:00 a.m. to be showered in bright red and blue powder as they make their way through the Ole Miss campus.

Ole Miss Campus Recreation is hosting this event which will benefit the Special Olympics Mississippi in the Lafayette region. Color My College has focused on increasing the participation of Special Olympics Athletes in its event by offering a “Sponsor an Athlete” option on the registration site. Any interested participant can register for the event online at www.colormycollege.com. 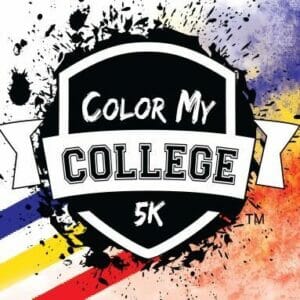 The Color My College 5K even was borne after a colorful run in Charleston, West Virginia.

Director of Color My College 5K, Tonya Shuler, said, “After attending a color run in Charleston, West Virginia, a group of friends started dreaming about how fun it would be to do something like that for a living. After discussing one particular participant who was covered only in blue and yellow powder (similar to the blue and gold colors for WVU), the idea for the Color My College 5K was born!  It wasn’t long until the idea gained momentum and soon enough the dream became a reality!”

She added that the last Color My College 5K at Ole Miss was one of the company’s most successful.

She said, “The Color My College 5K: Ole Miss 2015 was one of our most successful events yet!  We had an amazing turn out and a great response from sponsors, and were able to raise a fantastic sum for our charity, the Special Olympics. The Oxford community certainly proved its unwavering loyalty and support of Ole Miss in a big way!”

Riding high on the last year’s success, the Color My College 5k organizers is expecting a large turnout.

University’s department of campus recreation coordinator of intramural sports, Amanda Alpert, said, “The response from our 2015 event was so great, it wasn’t difficult to lock in another year of this event.”

Color My College would also like anyone interested in participating to know that there is assistance for those with disabilities.

Shuler said, “One thing that we have undertaken to do this year is to add an alternate route, which cuts the distance by half yet still goes through two color stations. This route was designed with those with disabilities in mind, but will be open to all those who just don’t feel comfortable taking on the entire 5k. In addition, Color My College and Ole Miss Campus Rec crew will be on site to assist with transportation if needed.”

Once the 5K is over, there will be a Color My College After-Party where the attendants will leave covered in even more color.

For disability-related assistance or more information, contact Amanda Alpert at alalpert@olemiss.edu or 662-915-7746.

Cassidy Nessen is a HottyToddy.com intern. She can be reached at cjnessen@go.olemiss.edu.