On Religion: Parables on the Baseball Diamond Have Long Been a Part of the American Story

Fans who crack open baseball history books are sure to find photographs of Jackie Robinson stealing home and wreaking havoc on the base paths.

It’s less likely they will learn about him teaching Sunday school classes.

When they met in 1945 to discuss breaking major-league baseball’s color barrier, Richey quoted Jesus and the Sermon on the Mount while describing the challenges ahead: “You have heard it said, ‘An eye for an eye and a tooth for a tooth.’ But I say to you, do not resist the one who is evil. But if anyone slaps you on the right cheek, turn to him the other also.”

On one level, that’s a baseball story. But it’s also an example of how baseball has played a mythic, strangely spiritual role in American life, said Bryan Steverson, author of “Baseball: A Special Gift from God.”

“Look at it this way. The object of baseball is to get home. And you are trying to make it home, safe. Sometimes, someone on my side may even need to make a sacrifice for me to get home, safe. Think about it,” he said.

There’s nothing new about scribes finding spiritual lessons in athletics, including numerous New Testament examples from St. Paul. But something about baseball’s language and imagery encourages a special kind of reverence for many fans, said Steverson, a member of the Society of American Baseball Research. This unique role in the American story is especially obvious whenever baseball is missing — due to a global pandemic or mere labor disputes.

Part of the appeal is the intricate nature of the sport’s picky rules and even its structure, starting with what many scribes hail as the perfection of the diamond’s 90-foot base paths. Steverson dedicated an entire book chapter to the practical and symbolic roles that the number three — think Christian trinity — plays in baseball.

Baseball is also a sport that can be mastered by giants — think Aaron Judge of today’s New York Yankees — but also by unique athletes like the diminutive Jose Altuve of the Houston Astros. Almost any fan, said Steverson, can identify with someone on his or her local baseball team. Kids just need a bat and ball.

There’s more. For fans, the season is woven into daily life. Instead of a dozen or so contests each year, major-league baseball offers a 162-game marathon before the playoffs. The sport is built on patience, endurance, teamwork and gritty survival. All of this produces volumes of statistics, rules, history and traditions that true believers quote with almost scriptural reverence.

With that many games, year after year, there are sure to be times when faith and sports become intertwined in the lives of players. The most famous example was probably the great Sandy Koufax’s decision, as an observant Jew, not to pitch when Yom Kippur clashed with game one in the 1965 World Series. That made headlines and became the stuff of legends.

But when Steverson thinks about faith and baseball, he keeps coming back to lessons learned during interviews with 250-plus African American players when he researched their lives in the Negro baseball leagues and beyond. He collected 4,000 or more pages of stories about hard times and victories, fury and forgiveness, vicious slurs and acts of sacrifice.

Most of all, he decided that baseball — like real life — requires players to learn from their failures. At bat, even superstars fail roughly 70% of the time.

“Losing a game may not mean much in the long run. There’s always tomorrow, if you can learn from your mistakes,” said Steverson. “That’s baseball. That’s also a lesson about life, if you have the eyes to see it. … Baseball is not the only mirror in which we can see spiritual truths, but it’s a really good one.” 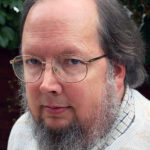 Terry Mattingly (tmatt.net) leads GetReligion.org and lives in Oak Ridge, Tenn. He is a senior fellow at the Overby Center at the University of Mississippi.

Community Comes Together to Provide Free Food to Those in Need

In an effort to provide food for families who are struggling, Oxford community members, organizations and even local government officials are involved in two similar projects that ultimately have the same goal.
Read more
Crime Report

The former Ole Miss student charged with killing a University of Mississippi police officer in 2006 has been released from prison after serving 14...
Read more
Latest Videos