Man Charged With Having Stolen Gun

A local man was arrested Wednesday for being in possession of a stolen gun. 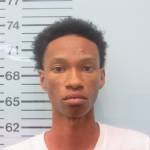 On Wednesday, deputies with the Lafayette County Sheriff’s Department were advised of a shooting incident, were the suspect fired from a moving vehicle towards another vehicle in the area of Highway 7 North.

Investigators were called to the scene and located a stolen firearm inside of the vehicle.

Tyler Akeem Payne was subsequently arrested and charged with Drive by Shooting and Possession of a Stolen Firearm. Payne was transported to the Lafayette County Detention Center, and his bond was set at $75,000.00 by a Justice Court Judge.

The Oxford Police Department responded to a call on Monday morning, on the 100th block of East...
Read more
Crime Report

A Canton man was arrested Saturday after allegedly trying to steal a vehicle to get away from a crash scene.
Read more
Crime Report

The Oxford Police Department has a person in custody in regard to two recent home burglaries.
Read more
Crime Report

The Ole Miss Rebels will close out the 2020 home slate tomorrow as they...
Read more
Football

Oxford Takes on Clinton in North Half Championship

The Oxford Chargers will take on the Clinton Arrows in the 6A playoffs for the North Half State Championship...
Read more
Headlines

A new connection between the Brittany Estates Apartments and F.D. “Buddy” East Parkway will be one of several construction projects considered by the Oxford Board of Aldermen this summer when they review the fiscal year 2022 budget.
Read more