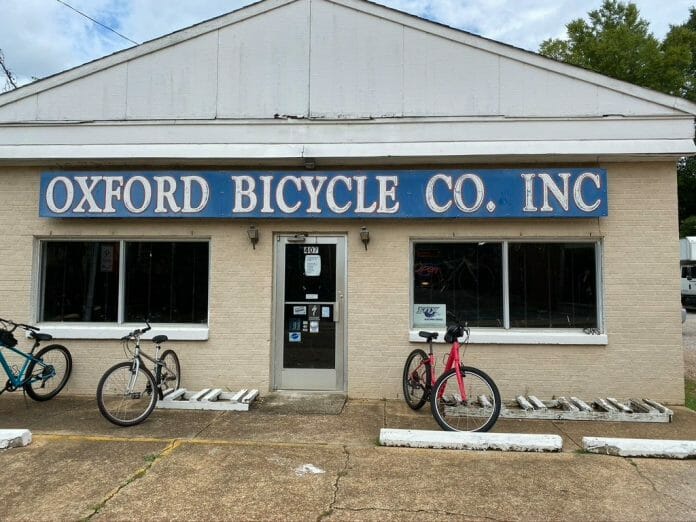 As the threat of COVID-19 continues and Americans are spending more time outdoors, biking has re-emerged as a favorite pastime. According to the NDP Group, which tracks cycling sales, adult leisure bike sales in March were up by 121% compared to 2019. However, the increase in sales combined with a decrease in the availability of parts, a byproduct of President Trump’s tariffs on Chinese imports last year, has created a national shortage of new bikes.

Vanessa Gregory, an associate professor of Journalism at the University of Mississippi, has been cycling for 18 years. Gregory says that cycling is more than just a way to commute to campus; it’s a way to clear her head and relieve stress.

“I definitely believe that exercising and in this case cycling in particular, helps with anxiety, boredom and depression,” Gregory said. “And everyone that I know that is a cyclist is riding more probably than they have ever ridden in the past four or five years.”

As cycling has risen in popularity over the last few months, Oxford bicycle retailers have struggled to keep up with the demand for new bikes.

“The cheaper bikes went first, and then there was such a demand, for any bike really, that we started selling all the expensive stuff until we ran out,” said Wesley Smith, owner of Oxford Bicycle Company.

Oxford Bicycle Company has been in business since 1990, but Smith says he has never been as busy as when the bicycle boom started several months ago.

“It’s been really busy,” Smith said. “March and April are probably the two busiest months we have ever had until we ran out of bikes.”

When Oxford Bicycle Company ran out of inventory, they turned to repairs as their primary revenue source. Smith says his shop might have gone under if customers weren’t coming in to fix their old bikes.

“People can’t get new bikes, so they get their old bikes fixed, which has helped,” Smith said. “We’ve had 40-50 bikes in the queue for repair for five months now; if we didn’t have that, it would have been hard.”

Oxford Bicycle Company is one of about 2,000 retailers in America that sells Trek bikes. According to Eric Bjorling, Trek’s director of public relations, the global manufacture produces up to 1.5 million bikes per year. The price range for most of the bikes is between $800 -$1,500.

Between April and May, retailers like Oxford Bicycle Company were having trouble ordering Trek bikes due to a COVID-related industry-wide supply chain breakdown in Southeast Asia, which started in December of 2019 and lasted through February.

“China shut down their manufacturing for a couple months at least, and you can see the effect it’s taking now,” Smith said.

Despite the backups in production of some of Trek’s newer models, Bjorling says things are now returning to normal at the factories, and he expects more shipments to arrive in stores by October.

“We are back up at full capacity, we have been for a little while, and we are running as many bikes on the line as we can,” Bjorling said.

However, most of the bikes arriving in stores by October will not be for sale when they ship to retailers.

“I know that a lot of the bikes that are arriving are going to be sold already,” Bjorling said. “Finding open inventory might be a little bit of a struggle at some locations come October because I think what we are going to be doing is fulfilling backorders for a long time.”

With more people expected to get their hands on handlebars this fall and the pandemic most likely extending into 2021, Bjorling believes cycling will still be just as popular even when the weather turns cold.

“I think you are going to see a cycling season that will last a little bit longer this year, it will go into October and November,” Bjorling said.