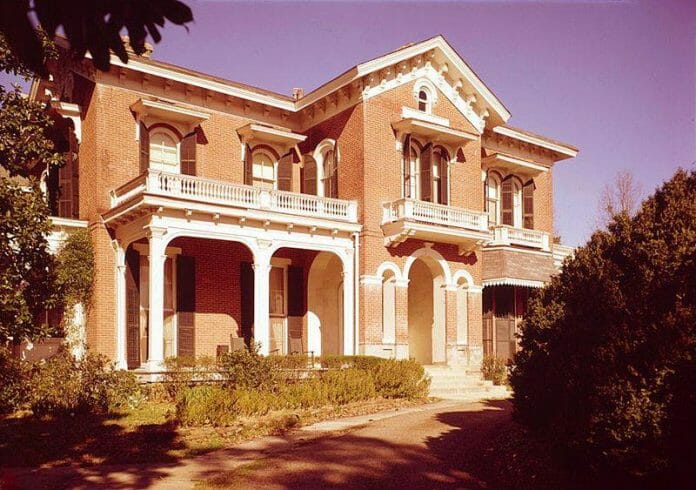 Ammadelle is located at 637 North Lamar Boulevard in Oxford, Mississippi. It demonstrates that wealthy Mississippians of that era could keep abreast of architectural fashion. THE Italianate mansion, built by Thomas E. B. Pegues, is a fine example of design work by Calvert Vaux.

Although the house now stands magnificently in all its red-brick glory, it can’t be denied that the hard times affected it. Because of the Civil War, the rear portion of the residence was never finished. The balconies at the back area and the intended wine cellar were never built.

The house is in a very well preserved condition, having been only slightly altered by the replacement of three mantels. Today, Ammadelle is owned by the Tatum family of Oxford.
Ammadelle was declared a National Historic Landmark in 1974.