Brunet Performs at End of All Music, Jan. 17 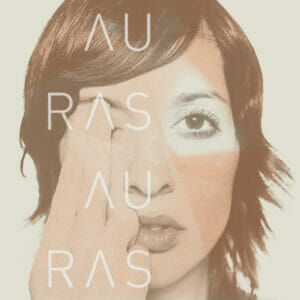 Oxford’s vinyl record haven The End of All Music will host a live performance by Tess Brunet at 5 p.m. on January 17.

Brunet was born in New Orleans, a ward of the state of Louisiana. She grew up in foster care until age four and ultimately ended up in the Brunet household living with her new adopted parents. She found solace in her adopted father’s record collection. Brunet left her childhood home at the age of 17. She moved to New York and after much persistence she eventually was hired at S.I.R. Studios. During breaks and after work, she would teach herself to play drums in one of the rehearsal studios.

After playing drums for only six months, Brunet found herself back in Louisiana in a band with Dax Riggs and shortly thereafter signed a record deal with Fat Possum Records as deadboy & the Elephantmen. They toured extensively for three years supporting acts like Fiery Furnaces, Peaches, Eagles of Death Metal, Heartless Bastards, and played music festivals such as Austin City Limits, Sasquatch, Lollapalooza and Bonnaroo, where Brunet made new fans of Stephen Malkmus and Chan Marshall regarding her drumming. She most recently was the touring drummer for Generationals, collaborating on their Trust EP. Throughout all of this, Brunet wrote and recorded demos while teaching herself to play piano.

An EP she released under Animal Electric in 2008 was composed with an autoharp. Her solo debut, Au Ras Au Ras, was written mostly on a keyboard and an autoharp. Brunet wrote her latest record, The Great Nothing, entirely on classical guitar.

The End of All Music is located at 1423 North Lamar Boulevard in Oxford.