Ole Miss Concert Singers alumni reunite this weekend for a third time under Jerry Jordan, who retired from his post as director of the singers in 2001 after a 21-year stint. They will perform with Blue Ten Harmony in the North Oxford Baptist Church Sanctuary at 7 p.m.

Alumni of the Concert Singers first regrouped with Jordan in 2002 and then again in 2006, both times in Birmingham; the second reunion was followed by a performance tour of France two months later. The 2002 reunion evolved when approximately 60 former members found out a few alums planned to visit Jordan and his wife Jean in Birmingham. The singers converged upon Birmingham and rehearsed and performed that weekend at South Highlands Presbyterian Church.

In 2006, approximately 125 of the singers came to relive their years in the group. They performed at North Oxford Baptist Church where the group commonly performed during their student years, and will perform there this Saturday night, February 23. The Concert Singers will be joined by a male group of Jordan alums who continue to perform together, Blue Ten Harmony.

So far, says Jordan, almost 100 Concert Singers have registered, including several from the very first choir in 1980. Singers are coming from as far away as California and New York and one from Italy.

“I am so excited to see all of my students,” Jordan says. “For 21 years, I had the power of all those voices at my fingertips, and we travelled the world together. The bonding this created is hard to comprehend. In 2006 we still had the old flair. We won’t have much time to rehearse, but I think we’ll still have it Saturday night. I think the public will enjoy hearing many of our old favorites, from classical to the Beatles to spirituals.”

During Jordan’s tenure from 1980 to 2011, the Ole Miss Concert Singers (1980-2001) won more major international choral competitions than any other American choir, Jordan says.

The choir took eleven tours of Europe and one of Mexico, winning the grand prize in six international competitions held in England, France, Bulgaria, Italy (2), and Austria. In 1998, the Concert Singers won the prestigious annual Gran Premio Europeo di Canto Chorale, in Gorizia, Italy. In 2000, the group won the mixed choir division in the first ever Choir Olympics, held in Linz, Austria.

Jean Jordan is a professor emeritus of voice at Ole Miss. The Jordans own a telecommunications business in Oxford, serving cities in 10 states. 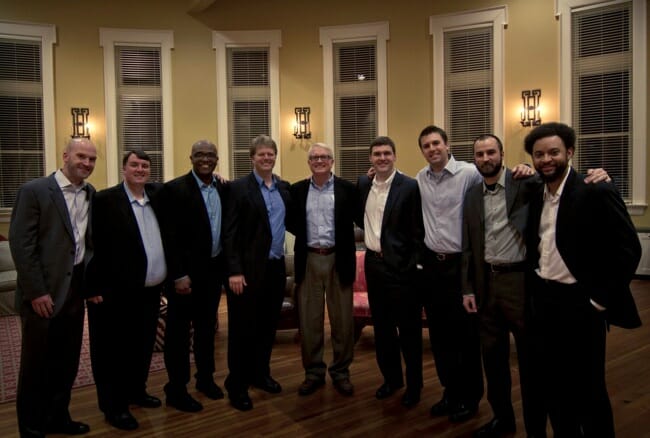