Scott Shilstone has wanted to be an actor his entire life. He grew up in New Orleans, La., where his mother and grandmother were both actively involved in local theatre. He was in school plays and took acting classes until he graduated high school and move to Oxford for college. 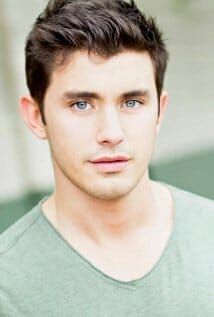 Shilstone studied broadcast journalism in the Meek School of Journalism and New Media at Ole Miss. “Broadcast Journalism helped me more with the editing of films than anything,” Shilstone said. “When I moved out to Los Angeles, I needed a ‘reel’ of my past work, and with the tools I learned in school, I was able to edit my own videos without seeking professional help.”
In addition to the editing skills Shilstone picked up at Ole Miss, he said broadcast journalism also prepared him to be quicker on his feet since most segments are live. It was a good wake-up call, he said, when he was the weatherman for Newswatch one semester. “That was totally life and I totally flopped.”
Since moving to LA, Shilstone found an agent, a manager and started auditioning. Over and over and over again he auditioned, securing small roles in TV series and movies. (FYI: He was one of the ATO frat boys in Pitch Perfect.)
“I auditioned so many times, and was told NO so many times, but I kept believing in myself, and I had the full support of my family and friends,” Shilstone said. He even has a supporting role as Brad, the high school bully, in the upcoming film ‘Helicopter Mom’.
This week, Shilstone announced via his Facebook page that he was cast in a lead role in the sequal to Nick Cannon’s 2002 hit movie Drumline.
“Drumline 2 is my first lead role, and I’m so thrilled about it,” Shilstone said. “I feel so blessed and so validated that I’ve been on a high ever since it was announced. It can only go up from here!”
Congrats, Scott, from all of us here at HottyToddy.com! We can’t wait to see Drumline 2: A New Beat in theatres this Fall!