Learning how to spell Mississippi is a discovery in itself, but wait until you hear these factoids about the Magnolia State.
1. The world’s largest shrimp is on display at the Old Spanish Fort Museum in Pascagoula.

2. Barq’s Root Beer was invented in Biloxi in 1898 by Edward Adolf Barq, Sr.
3. Mrs. Mamie Thomas was the first female rural mail carrier in the United States, using a buggy to deliver mail to the area southeast of Vicksburg in 1914.
4. Still have your first teddy bear? Thank Theodore Roosevelt. On a hunting expedition in 1902 in Sharkey County, President Roosevelt refused to shoot a captured bear, an act which resulted in the creation of the teddy bear.
5. In 1929, H.T. Merrill from Iuka performed the world’s first round trip trans-oceanic flight.
6. Jackson is one of only four cities of the world sanctioned by The International Theater-Dance Committee to host the International Ballet Competition. The other three include Moscow, Russia, Varna, Bulgaria and Helsinki, Finland.
7. A group of slaves who lived in Mississippi and were freed by their master in 1834 returned to Africa, and created the present-day state of Liberia.
8. Famed hat maker John B. Stetson learned and practiced his craft at Dunn’s Falls near Meridian after the Civil War, and forever changed the hat-wearing game.
9. The concept of selling shoes in boxes by the pair originated in Vicksburg at Phil Gilbert’s Shoe Parlor on Washington Street.
10. Columbia’s Walter Payton was the first football player to win the coveted spot on front of a Wheaties box.
11. Coca-Cola was created in Atlanta, but at first was only available as a fountain drink. It wasn’t bottled until 1894.
12. S.B. Sam Vick of Oakland, MS was the only man to ever pinch hit for Babe Ruth. He played for the New York Yankees and the Boston Red Sox.
13. And the very last man The Great Bambino ever hit a homer off of was a Mississippian too – Guy Bush from Tupelo, MS. 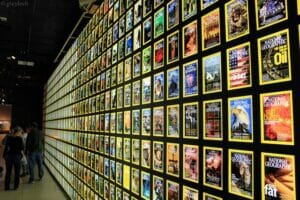 14. Believe it or not, National Geographic Magazine is printed in Corinth.
15. The first lung transplant surgery in the world was performed by Dr. James D. Hardy at the Mississippi Medical Center in 1964.
16. The world’s only cactus plantation is located in Edwards.
17. The first nuclear submarine built in the South was created right here in Mississippi.
18. A year after the Civil War ended, women in Columbus decorated the Confederate and Unions soldiers’ graves with flowers in Friendship Cemetery. As a direct result, Americans came to observe Memorial Day to honor the lives and deaths of fallen soldiers.
19. In 1871, Liberty became the first town in the nation to build a Confederate monument.
20. If Mississippi smells lemony fresh, that’s because Pine Sol was invented in 1929 by Jackson native Harry A. Cole, Sr.
21. Mississippi was the first state to develop a planned system of junior colleges.

22. Greenville is the birthplace of Jim Henson, the creator and voice for Kermit The Frog who was “born” in Leland where Henson played as a kid.
23. Mississippi is known for a lot of towns with honorary “capital” titles. For example, Greenwood is known as the Cotton Capital of the World.
24. In 1964, the first human lung transplant was successfully accomplished at the University of Mississippi Medical Center.
25. West Point company Blazon-Flexible Flyer Inc. makes one of the most well-known sleds in the country, and provides millions of kids with endless hours flying headfirst into snowdrifts.

26. Over 1,000,000 Soft Toilet Seats are sold every year, thanks to a patent owned by Columbus native, David Harrison.
27. The largest Bible-binding plant in the country is Norris Bookbinding Company in Greenwood.
28. One of the very oldest games in America is stickball. The Choctaw Indians of Mississippi played the game as far back as 1729, and demonstrations can be seen every July at the Choctaw Indian Fair in Philadelphia.
29. The Mississippi River is the largest in the United States. It got its name when a Spanish missionary came upon the river while traveling through present-day Mississippi. Probably wouldn’t have the same ring to it if the missionary had found the river in present-day Wisconsin.
30. Thirty-eight percent of the men who lived in D’Lo, MS served in World War II, which Life Magazine claimed was more than any other town of its size.
31. Dr. Emmette F. Izard of Hazelhurst developed the first fibers of rayon, which became known as the first real synthetic materials.
32. Natchez, MS was settled by the French in 1716 and is the oldest permanent settlement on the entire 2,340-mile Mississippi River.
33. The Mississippi Sandhill Crane is the rarest crane in North America, with an eight-foot wingspan. It’s indigenous to Jackson County.
34. Burnita Shelton Mathews of Hazelhurst, MS served as the first female federal judge in the country.
35. The oldest book in America is an ancient Biblical manuscript, at the University of Mississippi.
Written by Kris Norton of Movoto.com, The Lighter Side of Real Estate