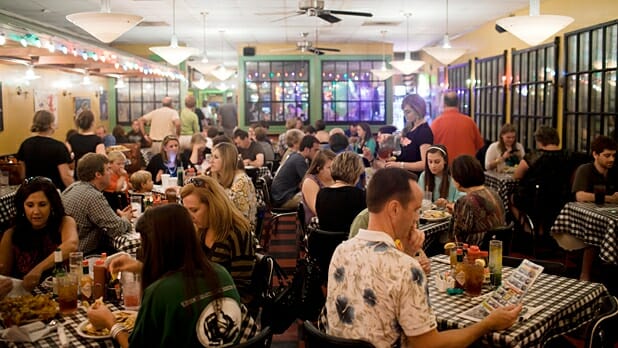 USA Today released 10Best: Iconic Southern Restaurants, including Oxford’s own Ajax Diner as a member of the elite diners and cafés in the south. 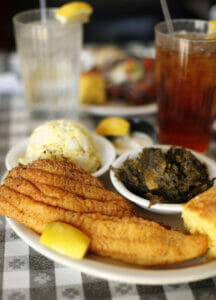 Ajax, known for it’s meat-and-three-vegetables Southern cooking as well as massive burgers, po-boys and fried pickles, is one of the most popular and well-known restaurants in town, and tourists often place it high on their list of places to eat on the Square.
The infamous diner, often cited by John Grisham and Eli Manning as one of the best places to eat in Oxford, opened Oct. 22, 1997, by Randy Yates and Amy Crockett. The menu originally included more New Orleans-inspired dishes, such as oyster shooters and lobster, but the crowd made it clear they wanted the plate lunches and burgers from the intimate diner covered in local folk art and staffed by a colorful group of Oxonians.
Ajax Diner wins numerous awards year after year from local organizations and is often recognized as a top eatery in Oxford, Mississippi and the South as a whole.
Amelia Camurati is managing editor of HottyToddy.com and can be reached at amelia.camurati@hottytoddy.com.