The creator of a new shirt in honor of the Mississippi State Bulldogs’ invitation to the Capital One Orange Bowl on New Year’s Eve knew the difference between the Grove and the Junction but went with the obvious pun that isn’t getting many laughs.

The college apparel website campusbookmart.net released both long- and short-sleeved shirts this week in advance of the Bulldogs bowl game with the slogan “This is our Grove.” Now, the Rebels are upset someone else is giving their beloved Grove to their enemy, and the Bulldogs are disappointed it’s not accurate.

Shirt creator Dan McNamara of Bayou Apparrel said the shirt was meant as a play on words and Mississippi State officials OK’d the design and received licensing to use the school’s logo.

Though the site has not released a shirt for the Rebels battling TCU in the Peach Bowl, they did come up with this clever Egg Bowl victory shirt with all of the correct information: 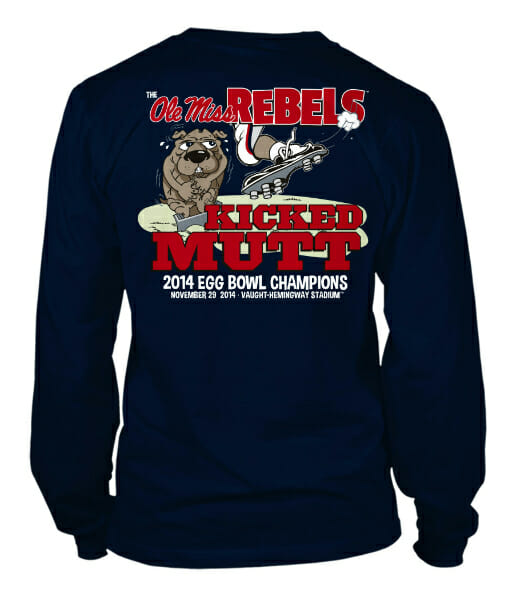