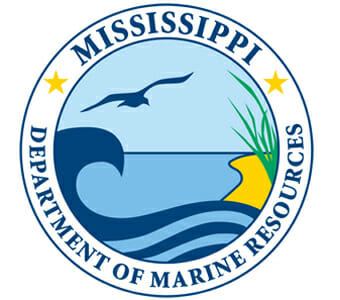 What began as a leisurely fishing trip to a new area turned into a nightmare for the friends and family of a Perry County man who wound up spending the night in his canoe below the Biloxi-Ocean Springs Bridge.

James Martin, 46, told officers with the Department of Marine Resources Marine Patrol that he beached his canoe after being caught too far from his point of origination in Davis Bayou in Ocean Springs.

Martin was treated on site by ambulance personnel but refused further medical treatment.

The fisherman, who was visiting friends who live on Davis Bayou, told WXXV that he just went too far.

In a canoe, Martin indicated his best option was to beach the craft, which he then used for shelter.

“I didn’t have any numbers in my phone I could call, being that I’m not from around here,” he said, apparently forgetting that 9-1-1 is pretty much a universal option.

Fortunately for him, his friends called officials at 4:30 a.m. to report Martin as missing.

“They were expecting me back by dark,” he said.

According to Marine Patrol, Martin’s friends alerted the U.S. Coast Guard, which in turn asked DMR for help at 6 a.m. Marine Patrol Capt. Kyle Wilkerson was checking under the bridge when he spotted a canoe matching the one used by Martin.

Wilkerson found Martin underneath the canoe trying to keep warm.

Martin was placed in a Marine Patrol vehicle and provided first aid. An ambulance service responded to the scene, but Martin refused further medical attention.

“We had a very positive outcome today,” said Keith Davis, Marine Patrol chief. “However, the boating public must remain vigilant because the weather conditions can change at any moment. It is imperative that all boaters provide a plan to family or friends prior to a boating outing in case trouble arises.”

Bobby Cleveland is a writer for Mississippi Sportsman.