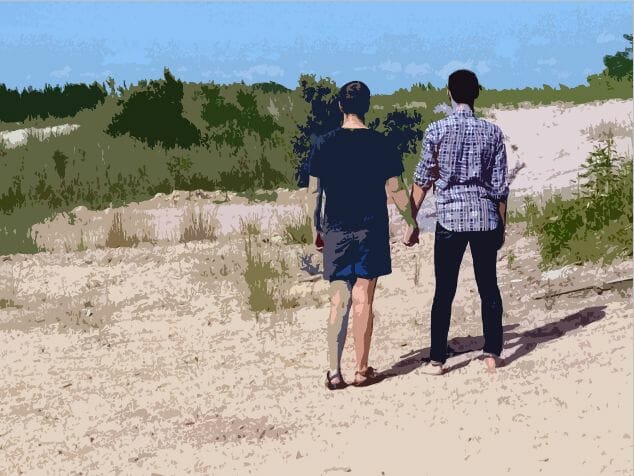 Some say the South holds on to lifestyle ideals and traditions that are out of date, and that living an alternative lifestyle in the South can be difficult and oppressive. Others are challenging that idea.

Chris Douglas, a junior at the University of Mississippi, said Oxford is one of those places.

The New York City native moved to Dallas with his parents and brother when he was 8. As he matured, he gradually became aware of his attraction to males.

“I started having feelings for guys when I started hitting puberty,” he said. “However, I kept these feelings deep inside because I grew up learning it was wrong, and I knew I didn’t want people to talk about me the way I had heard people talk about gay people.”

Douglas was raised in a Christian home and a Baptist church. He was taught at a young age that his church did not recognize homosexuality as an appropriate lifestyle. So Douglas struggled with and questioned his own sexuality until his senior year of high school.

“My close friends were friends I grew up with going to church, so I was extremely nervous to tell them, but I knew I couldn’t keep it in anymore,” he said. “Some of them were shocked at first, but didn’t push me away.

“For some of my friends, it didn’t even phase them. Unfortunately, there were a few friends of mine that were never mean or hurtful towards me, but slowly departed from my life.

“It was hurtful, but it truly made me realize who were my true friends, and made our relationships so much stronger. By the end of my senior year, I was out to the majority of my immediate family.”

Douglas’ family adjusted to his news, embracing him as they always had. That included accepting his lifestyle.

“I love my son,” said Lucy Douglas, Chris Douglas’ mother. “I always have and always will. Goes without saying, but nothing will change that.” 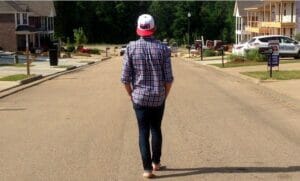 Before long, it was time for Douglas to leave for his freshman year of college. He began attending the University of Arkansas in the fall of 2012.

“I became a Beta Theta Pi at the University of Arkansas,” he said, “and it was just a great feeling to have a group of brothers who genuinely cared about me, regardless of my sexual orientation.”

During the first semester of his sophomore year, Douglas realized the University of Arkansas was not where he was meant to be. He had several friends at the University of Mississippi and loved the visits he had made to Oxford.

“I came to visit and met so many amazing people who were so down to earth and so accepting of people,” he said. “The Oxford community, in general, seemed to have the same characteristics as well. I love Ole Miss and Oxford. It has become home to me.”

Douglas said Oxford has a different feel compared to other small Southern towns. His experience here has been nothing but positive, but it isn’t perfect. 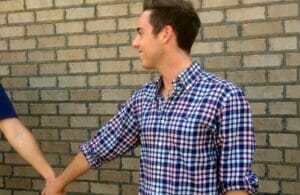 “I have never run into hostility or exclusion here, personally,” he said. “However, I have heard of it happening to people here at Ole Miss. But I believe that everywhere you go, you will find people who are very closed-minded and not accepting.

School, at any age for any individual, has the potential to be socially difficult. Kids taunt and tease, and sometimes they never grow out of it. College is no exception.

However, Douglas said he values his college experience.

“I have realized that college is where people really find themselves,” he said.

Douglas said his transition to Oxford is one example of the way Southern society is emotionally growing.

“Something that I would love, not just for Oxford and Ole Miss, but the world as a whole – I want the world to see homosexual people just as normal as it sees a heterosexual person,” he said. “For instance, I would love for myself to be able to walk across campus, or the Square, holding my boyfriend’s hand, and people not even have to look at us because it is so normal.”