Usually reliable sources have told HottyToddy.com the board of trustees for Mississippi’s Institutions of Higher Learning will mend its fences with Chancellor Dan Jones, who will remain at Ole Miss.

Social media and political wags are saying the vote has been taken, or will be made tomorrow, to continue Dr. Jones in perhaps a 7-5 vote in his favor.

Five days ago, the board voted 9-2 not to renew Jones’ contract, but a fire storm of opposition from alumni, faculty, parents and students erupted. Some 2,500 supporters demonstrated in favor of Jones in The Circle in front of the Lyceum at noon Wednesday.

The Ole Miss jet, normally used by Chancellor Jones, departed Oxford at 1:53 p.m. and landed in Jackson at 2:20 Wednesday. Twitter posts say the plane has returned to Oxford with Jones as of 4:30 p.m. Wednesday, and sources say negotiations are still ongoing.

HottyToddy.com publisher Ed Meek said “we want to make it clear that these are unconfirmed reports fueled by the new reality of the Internet and social media.”

Matt Wyatt, a sports commentator on Head 2 Head, Supertalk Mississippi, tweeted that he received a call giving an unconfirmed report. 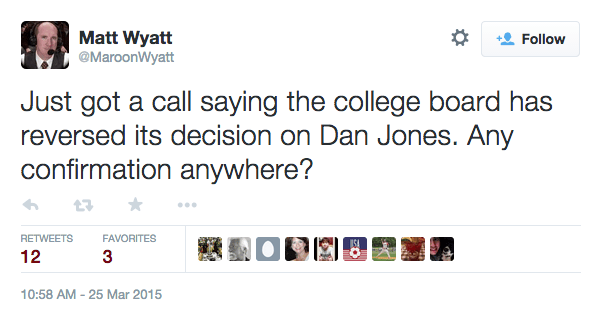 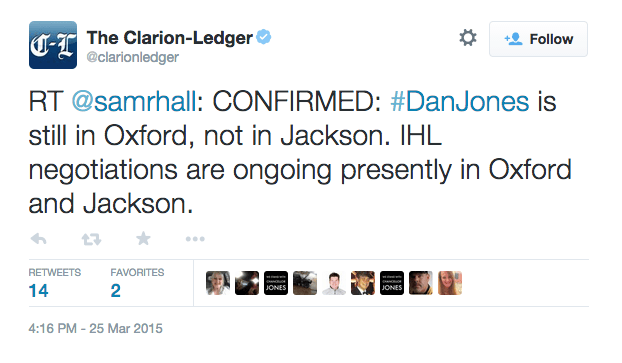