After cooking for more than 20 years in local eateries and kitchens as far away as Alaska, chef John Stokes has returned home to Oxford, ready to welcome guests into a restaurant of his own.

“It’s always been my dream to have a place in the town I grew up in,” John said. “We were lucky enough to find a location, and I felt like I was prepared.”

John and his wife Lauren teamed up with YoknapaTaco truck owner Jake Sessums to open Tarasque Cucina, at 14 County Road 307 (next door to Mr. Feather’s Honky Tonk), which is currently operating Thursday through Sunday as a pick-up and delivery operation with the help of Landshark Delivery.com. 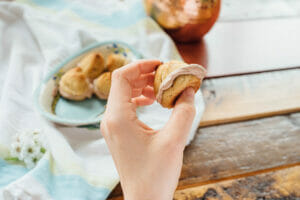 While building is still underway inside the cozy space just off Highway 6, the Stokes plan to greet dine-in guests soon, inviting them to relax in one of many mismatched vintage chairs surrounding handmade tables.

“John made our tables using wood that came from an old dairy barn on my family’s farm in Maine,” Lauren said. “We thought, if we can’t have our dream tables, we’ll build our dreams at these tables.”

Tarasque Cucina has done around 25 services so far, according to John, and is already gaining a steady stream of fans. 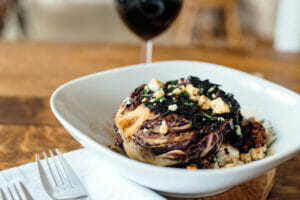 “We have one patron who has only missed three services,” Lauren said.

“Another patron ordered food for the whole week when we were going to be closed,” John said. 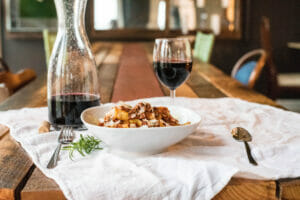 The menu posted on Instagram lists items such as charred radicchio with spiced walnuts, balsamic glaze and gorgonzola; rigatoni with sausage and peppers; linguine with shrimp in cream; spaghetti Pomodoro with chicken Parmesan; chocolate cream puffs; and more.

“The menu will expand to include more Spanish and southern provincial French items when we open,” John said. “We’ll be using ingredients from the local farmer’s market as well as integrating cheeses that we’re now able to import.” 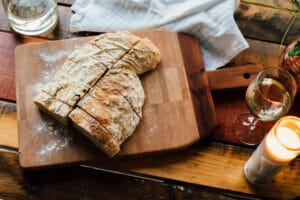 If you’re a bread lover, be sure to ask John about his bread starter.

John and Lauren have approached the opening slowly, watching their budget and carefully testing menu items.

“It’s just me and Lauren,” John said. “You walk in on a Friday night and Lauren will greet you at the door and take your order on her phone, I’ll be cooking, and Jake will be up to his elbows in dishes. We deliberately wanted to grow slowly, like, super mom-and-pop slow.” 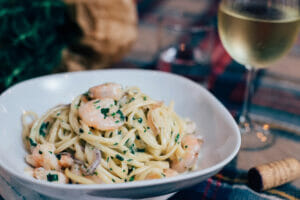 Thankfully, guests have been very accepting of the slow growth, helping give John, Lauren and Jake the time to customize Tarasque Cucina’s menu and space before the official opening.

And if you’re one of many who have been curious about the restaurant’s name, John and Lauren tell us that it’s named after a dragon. 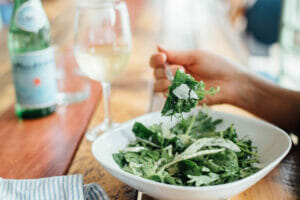 For additional information and menus, visit Tarasque.net, The_Tarasque on Instagram and Twitter, or LandsharkDelivery.com. Pick-up and catering orders can also be called in to 662-380-0381. Hours are 5 p.m. to 9 p.m. Thursday to Saturday and 5 p.m. to 8:30 p.m. on Sunday. (Food photos by Sarah Odom)

Liz Barrett Foster is the EatingOxford editor for HottyToddy.com, an award-winning business journalist and author of the recently published Pizza: A Slice of American History. Liz ran the popular restaurant information site EatingOxford.com from 2009 to 2015. Liz can be reached at liz.foster@hottytoddy.com.