Innsbruck is a city known for its towering mountains, winding river and its historic Old Town, but it’s not known by many people. Nestled in the Austrian Alps, Innsbruck is located halfway between Munich, Germany and Verona, Italy in western Austria. Its charming buildings and numerous activities attract many people, and it is an extraordinary place for a study abroad adventure.

Not many people have the opportunity to visit historic Innsbruck, let alone live there, but one University of Mississippi student had the opportunity of a lifetime to live and study in Innsbruck for six weeks. Senior Molly Brosier spent the summer before her junior year there studying and traveling across Europe. The integrated marketing communications major earned two class credits abroad, made new friends, and made memories she will never forget.

“I never really had Austria on my radar or thought about going to Austria, but I am so glad that I did,” Brosier said. “It was incredible and amazing, and I absolutely loved it.”

“The town our school was in, Innsbruck, was the perfect size,” Brosier said. “It kind of had all of the charm and appeal that a European city would have without being a huge, big or scary city.

Austria was never really on Brosier’s mind, but once she heard about the program and looked at it in depth, she became interested. “After doing more research on the program, it was everything I wanted,” she said. “It was six weeks in Austria, which is central Europe, so it was perfect for traveling on the weekends.”

The course was designed for students to attend class in the morning and have free afternoons and evenings. Students are also given every Friday off, as well, letting them take advantage of Innsbruck’s central location. Over the course of six weeks, Brosier visited numerous cities and countries. Her favorite places were Amsterdam, Florence, Paris and Switzerland.

“Each place we traveled to kind of had its own story, its own experience, but my favorite place I visited was definitely Amsterdam,” Brosier said. “We had the entire weekend just to be in Amsterdam, so it was cool to have time to explore that city, to see what it was about and to just be there.”

While traveling to new places on the weekends was a highlight of Brosier’s experience, a study abroad trip wouldn’t be complete without the studying aspect. Over six weeks, she took two classes that she used to complete a few of her IMC requirements.

Brosier also decided that, since she was in Austria, she wanted to learn all she could about it and immerse herself in its culture. She did this by enrolling in an alpine geology course, focusing on the surrounding mountainous area and also in a sociology class focusing on genocides, specifically the Holocaust. By taking these courses, Brosier felt like she would know more about the area she was in and would be able to connect to it on a deeper level.

“Innsbruck is a very outdoorsy town, so with my geology class, we were learning about the basics of geology right in the Austrian Alps,” Brosier said. “We went on field trips every week, and even got to go to a glacier, and that was really cool to see about the sediments and the rock and everything like that.”

Brosier said her time abroad is one of the best adventures she’s had in life thus far. She grew up in a way she never thought she would by experiencing a new culture on her own.

“Studying abroad makes you grow up in a way that is different from going to college or going to camp because you don’t have that constant communication with your parents,” she said. “You have to figure out what you’re doing by yourself. Living in a new place matures you and makes you grow.”

Now that Brosier has experienced much of what Innsbruck has to offer, she encourages everyone who is considering going abroad to pick Austria, specifically Innsbruck, the little city no one has ever heard of.

“Go to Austria for sure,” she said. “Visit little Innsbruck. It is definitely somewhere worth seeing,” Brosier said. 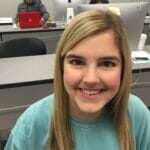 Sydney Nutt can be reached at sgnutt@go.olemiss.edu.