Oxford Stories: Chicken on a Stick Is an Oxford Tradition

Around 1 a.m. on a Friday night in Oxford, you’ll find some students at a Chevron gas station famously named “Chicken on a Stick.”

Located on the four corners where North and South Lamar Boulevards and University Avenue intersect, this gas station is a town favorite for food and beer purchases before heading to a late night after bars close.

Chicken on a Stick is no ordinary Chevron gas station. After hours, they offer delicious late night food ranging from hot crispitos, pizza sticks, potato logs, and of course the chicken on a stick.

“A chicken on a stick is basically a giant floured, battered, and deep fried chicken tender put on a skewer, which makes it easy to eat while walking,” Ole Miss Junior Libby Woodbury said. “It’s something you would probably find at a fair, but luckily, we have it available to us every night.”

Ole Miss Senior Waverly Reeves said the crispitos are his weakness. “After I went out Monday night, I found myself eating five of them,” he said.

With several friendly workers there to serve you 24 hours a day, seven days a week, there is never a bad time to stop by and grab a drink or snack.

Rebecca Cole began working there in October of 2015. She said her favorite part of her job is that the location is so close to the Square and campus, she can walk anywhere she needs to. “I love the location of working here,” she said. “It’s hard work though, like today, I work a 12-hour shift for minimum wage.”

Fresh chicken, crispitos, and pizza sticks are made every day in their kitchen, and the cook doubles the amount on a Thursday, Friday or Saturday in preparation for the students who will make their nightly visit on their way home from the bars.

“I am a cook and a cashier,” Cole said. “I was trained to do both. I get here early in the mornings and cook the famous snacks we offer, and then I cashier the rest of the day.”

Around 1 a.m. on a Thursday or Friday night is when you’ll see a line that has formed out the door of the gas station filled with students craving something hot and deep-fried. With Chicken on a Stick’s target audience stopping by after several hours on the Square at the bars, there is always a funny story following this after-hour’s food joint.

“During football season, someone walked right into the window and broke through it,” Cole said. “I swear that the later it gets at night, the more crazy it can be. Sometimes people can have an attitude, but most of the time, everyone is friendly and funny.”

Students have been known to create their own specials and have a “usual” order every time they arrive. One of the favorites is called the Schoerke Special that includes a chicken on a stick, a pizza stick, and a crispito all served with a side of ranch dressing.

“I created the Schoerke special because it’s the perfect cure for when that late night hunger strikes,” UM senior Chan Schoerke said. “I swear, it also prevents a hangover the next day.”

While famous for its late night food, many people don’t know that this locally-run gas station also offers plate lunches and catering for your Grove tent during football season.

Chicken on a stick has even been mentioned in a BuzzFeed article naming the best late night food in college towns nationwide. They have also been featured in Bon Appétit Magazine twice, as well as featured on the Travel Channel. Leave it to the small town of Oxford to be known for its delicious gas station food.

For the past 30 years, Chevron’s Chicken on a Stick has become a well-known part of Oxford and the college experience. Everyone knows a trip to Oxford is never complete without a visit there. Oxford cab drivers have even been known to take out-of-town visitors to Chevron for a quick snack after the bars close.

“Being from California, a lot of my friends have come out to visit me to get that true Southern college experience,” Woodbury said. “You should see the looks on their faces when I tell them we are about to go get delicious fried chicken, and the cab pulls up to a gas station.”

As the town of Oxford continues to expand and change to accommodate the growing student body, some things in this town will live on for years to come. Oxford offers it all, from the small town Southern charm, beautiful UM campus and delicious food.

Chicken on a Stick is living proof that amidst the famous restaurants this town has to offer, small locally-run places, such as a Chevron gas station, can compete in producing some of the most delicious food in town.

Leave it to Oxford to make a gas station famous for their oversized chicken tenders and deep fried pizza sticks. You truly can’t compete with a college experience that offers 24-hour deep fried goodness served hot at a gas station.

Chicken on a Stick has been a trademark of Oxford for 30 years and doesn’t plan to change anything about themselves anytime soon. 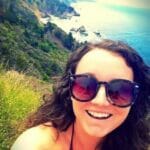 Shelby Warner can be reached at slwarner@go.olemiss.edu. Read her work on Oxford Stories Longform.