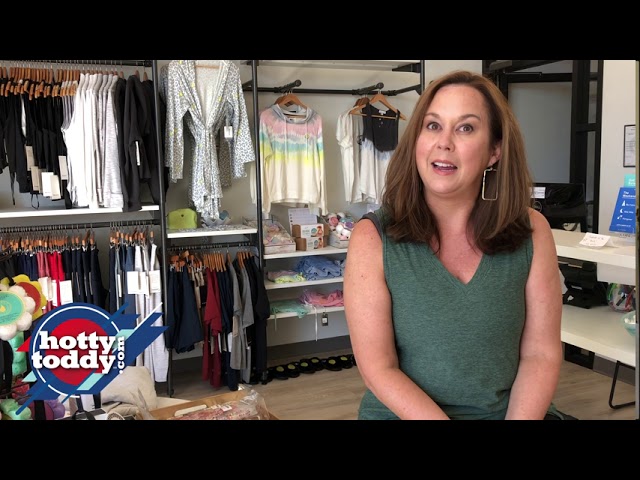 Many small businesses can be found all over the Oxford area, but what makes some of these small businesses so special are the Ole Miss alumni who own and manage them.  Most of these businesses have flourished over time, but a few have been let down.

“We built the building originally, we had a restaurant in it and an antique store,” McCool said. “To be honest, I kept studying the wedding market and felt like there was a need for a large, high end venue until I converted the building into a venue for events. I just felt like it was an underserved market.”

Plein Air was started in 2006 just before the economic collapse in 2008.

“Well, I mean 2008 and 2009 were a terrible economic period. Lots of developers went bankrupt, things like that,” McCool said. “That was right after we started Plein Air, so that was a very difficult beginning because of that. Once we got through that, it’s been like pre and post-2009, everything changed after that.”

With an underserved market for wedding receptions and corporate events, McCool was determined to create a venue for those purposes.

“The Mill, we started in 2010 as a venue for wedding receptions, corporate events, things like that,” McCool said. “Besides the businesses here at Plein Air, we’ve got Grit, Lost Dog Coffee, Eyes ETC.”

The restaurant Grit has a unique menu with a twist on well known, staple meals and that is what makes Grit so special to Oxford and Taylor locals and visitors.

Drew Scott, an Engineering major at Ole Miss, said that he has always had a great experience at Grit.

“The food was absolutely delicious and the atmosphere comfortable and simple,” Scott said. “Whenever I have family or friends visit, I am always sure to bring them to Grit.”

Pat Patterson, former mayor of Oxford and local businessman, has also used Oxford as a home base for many of his businesses. Currently managing University Sporting Goods, 3 Men Moving, and CPU James Food Center, Patterson has taken on the management of many other businesses in the past as well.

“This is crazy, but my grandparents kind of raised me,” Patterson said. “They were certainly influential in my early life. My grandfather was one of the first Game Wardens for the state of Mississippi and he was one of the original 16 back in the day. I was like every other southern guy; I loved to hunt and fish. So, I thought at one point I’d like to be a Game Warden. I still love animals and stuff like that, but God just wired me for business from day one and it’s just what I was predestined to do.”

All of Patterson’s businesses have left a huge impact on him, but one particular business stood out to him.

“I know the one I enjoyed the most was Oxford Steak Company,” Patterson said.  “It was actually a steak company right behind the lyric and the Presbyterian Church bought the old warehouse. I really liked that business and to this day I regret selling it.”

Some businesses, such as Cups, have not succeeded during quarantine. John Walker Webb, a Liberal Arts major at the University of Mississippi, was very upset when Cups closed.

“I would go hang out at the shop because I was friends with the baristas and now, I can’t do that,” Walker said. “It’s been a real loss for the coffee community of Oxford.”

Thankfully, many of the businesses in the Plein Air neighborhood have thrived, such as Lost Dog Coffee. Lost Dog Coffee has become a very popular stop among students wanting to study and sip coffee.

“It’s unlike anything else in north Mississippi, and everyday students pass ten different coffee shops to come to Lost Dog Coffee,” McCool said. “They say there’s just nothing else around here like this.”

Another small business that excites Oxford locals and students opened in June after it was delayed because of COVID-19.

“Oxford is a really unique retail market,” Scruggs said.  “There’s a lot of competition and so opening the fitness apparel part of the equation was kind of a question mark. We are the only Pilates reformer studio in town, so it seemed like a good opportunity to fill a void, but Oxford’s a great town to open any kind of business.”

“Retail and Pilates were certainly not part of my plan, but Oxford just seemed to be the right place to start this,” Scruggs said.

While COVID-19 has played a huge role in the success or failure of businesses, Core Fitness has had an amazing opportunity to open and be successful.

“We thought we were going to open in late March or early April and of course that didn’t happen. Corona messed up a few things. Certainly, our timeline was delayed, but in a very weird way it’s maybe helped us a bit,” said Scruggs. “Our studio is meant to keep the classes very small and so it’s a great way for people to step in group exercise after they’ve been pretty much quarantined for several months.”

Many businesses have been affected by COVID-19, but Scruggs believes the Square has been impacted the most with less traffic on the weekend and only being able to have 50% capacity.

“I would just say that we have got to make sure our students stick around,” Scruggs said. “They are the lifeblood of this community and certainly the local residents, in our case, have been very supportive of our business.”

Many locally-owned businesses have flourished in the Oxford area with students back in town for school as well as full-time locals, but some businesses have struggled to keep their company alive and well. However, one thing is clear: small businesses are essential to the Oxford lifestyle, so the hope that they succeed is very high in the LOU community.