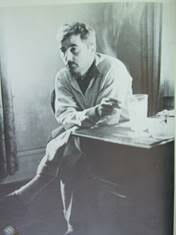 My memoir “In Faulkner’s Shadow” is about my courtship and marriage to Dean Faulkner Wells, niece of William Faulkner; but it’s also the story of how Oxford emerged from Faulkner’s shadow and became a literary community in its own right.

When William Faulkner died in 1962 the question that plagued Oxford was, “Is there life after Faulkner?” Ironically, most of his life Faulkner had a love-hate relationship with his hometown. He felt that he’d labored in a vacuum without the town’s support—that is, until MGM spent a quarter-million dollars filming “Intruder in the Dust” in Oxford. Locals flocked to be extras in the movie production, whereas Faulkner balked at attending the 1949 movie premiere at the Lyric Theatre.

In the 1930s Mississippians who had actually read Faulkner complained that his books made their state look bad. Faulkner fans stashed away his books like jugs of illegal moonshine and obsessed over which living residents Faulkner had used as a basis for sensational characters like “Temple Drake” and “Flem Snopes.”

When I arrived in Oxford a decade after Faulkner’s death, the thirty-something crowd that I hung out with in the 1970s had played at Rowan Oak as children and had called William Faulkner “Pappy.” Their favorite party game was “Pin the Tail on the Snopes,” which culminated in drunken laughter and often a lament from the maligned party: “Before you call me a Snopes look in the mirror!” None of them wanted to be considered a Snopes.

After William Faulkner died on July 6, 1962, the town waited to see what would happen to Rowan Oak. Rumor had it that the University of Texas offered William’s daughter and heir, Jill Faulkner Summers, half a million dollars to move the house, cedars and all, to Austin. Jill wisely put off the sale and arranged for the University of Mississippi to take care of the house. For six years Faulkner’s sister-in-law, Ole Miss archivist Dot Oldham, served as curator of Rowan Oak allowing visitors to see the author’s home only in her presence. In 1973 Jill sold Rowan Oak to the University of Mississippi, which opened Faulkner’s home to the public and made it the literary shrine it is today.

Yet Oxford’s emergence as a cultural capital didn’t happen overnight. There were five major stepping stones:

In 1974 the first Faulkner conference at the University of Mississippi was a much-anticipated event. Biographer Joseph Blotner was the featured speaker. His seminal “Faulkner: A Biography” paved the way for future biographies and critical appraisals of Faulkner, the latest of which is The Saddest Words by Michael Gorra.

My late wife, Dean Faulkner Wells, participated in a panel discussion at that first Faulkner conference. That was when she became her family’s unofficial spokesperson. She had a talent for going straight to the heart of the matter, and one could always count on Dean to tell the truth.

In 1979 Dean and I bought Yoknapatawpha Press from its founder Howard Duvall. Our first publication was a facsimile of William Faulkner’s typewritten manuscript entitled “Mississippi poems.” Biographer Joseph Blotner wrote the Introduction. We maintained an office above Sneed’s hardware on the Square, and for the next ten years our window overlooking the square featured “Yoknapatawpha Press” in gold leaf. It was the first (and so far only) time that the name of Faulkner’s fictional county has graced the Square.

In 1978 at the annual arts festival in Greenwood, Mississippi, Dean and I met Willie Morris, former editor of Harper’s Magazine. Morris asked us to approach the University of Mississippi chancellor about hiring him as writer-in-residence. In January 1980 Morris taught his first class at Ole Miss. Bishop Hall auditorium was packed. Visitors including yours truly were sitting in the aisles.

By 1981 Barry Hannah had joined Willie as co-writer-in-residence at the University of Mississippi. Soon the “Willie and Barry show” ushered in Oxford’s post-Faulkner literary renaissance. As if to make the transition official Hannah attended a Faulkner conference wearing a T-shirt with the slogan, “Read living writers!”

In 1997 Richard and Lisa founded Thacker Mountain Radio, a southern version of Prairie Home Companion blending music and literature. For over twenty years Thacker Mountain Radio has entertained and inspired local audiences as well as thousands of listeners on Mississippi Public Radio and, recently, Alabama Public Radio. Jim Dees hosts the popular weekly program broadcast from Oxford and other venues such as Ocean Springs, Jackson and Clarksdale.

I would be remiss if I left out the Hoka Theatre as a cultural presence in Oxford. Named for Princess Hoka, daughter of the Chickasaw chief Pontotoc, the Hoka was the brainchild of Ron Shapiro. It began as a second-run movie theater in an empty cotton warehouse and soon became a hangout for foodies and film buffs.

If Hannah and Morris brought literary glamour to Oxford Shapiro made movie-going not just fun but compulsory. Classic films were available at second-run prices. Students flocked to the Hoka for movies, cinnamon-flavored coffee, and a turkey club sandwich called “Love-at-First-Bite.” In 1986 Dean Wells’ 50th birthday bash took place at the Hoka. In 1989 the Disney movie “Good Old Boy” based on Morris’ children’s book premiered at the Hoka. When author Alex Haley was a guest-speaker at Ole Miss, Morris arranged a banquet on-stage at the Hoka. Shapiro invited regular customers to come and watch the authors eat dinner. When “Ronzo” died in 2019 Bruce Newman’s photo of him was projected onto the water tower which loomed over the Hoka.

When Dean Faulkner Wells’ memoir Every Day by the Sun was published the book launch took place at—where else?—Oxford’s Lyric Theatre. It was a celebration not just of her book but of Oxford’s place in American literature. In 1949 she had stood by her uncle in Lyric Theatre when the movie “Intruder in the in the Dust” premiered. As the last living member of her generation of Faulkners she represented the end of an era.

At a cocktail party, the night before the book launch Dean confessed to feelings of stage-fright. She said it had been a long time since she had appeared before a large audience. Immediately every writer in the room offered to read in her place, and Dean gladly took them up on it.

At the Lyric the next night, her life as a writer and a devoted supporter of her uncle’s legacy was to come full circle. After the other writers warmed up the crowd she approached the microphone. “I’m Dean!” she said and the audience gave her—and the writers who preceded her onstage—a standing ovation.

Visitors to Oxford often ask local writers if they are intimidated or inspired by Faulkner. The answer of course is both. Mr. Bill, as I like to call him, is our guiding star. If we tried to write like Faulkner, it would be too deep a shadow. He was vein-for-vein immersed in the human struggle and with that sensibility and his one-of-a-kind talent he was able to achieve what he did. He is the standard-bearer, and writers everywhere, but especially those of us privileged to live and work in Oxford, are ennobled and enabled by his example.

Larry Wells is the author of “In Faulkner’s Shadow: A Memoir” (University Press of Mississippi, Fall 2020).