Elizabeth Hiatt and Leslie Weldy, both local full-time business owners and moms, just launched Oxford Deals, an online coupon website for the local businesses. The idea is based on Groupon, the nation-wide virtual coupon service, but with some adaptions for the Oxford atmosphere.


“Groupon is not merchant-friendly,” said Hiatt, who has had experience with the company.
She and Weldy decided to create a similar service that caters toward small businesses in a town setting. It works more for the merchants, rather than solely for the consumers.

Amenities include a merchant calculator, which helps the merchant determine what deals to showcase and when to have them in order to benefit the companies the most. Therefore, unlike with Groupon, the merchants will have lots of control over their discounts and sales and will be able to keep the majority of their profits from the deals.
Hiatt, who owns Sweet Cheeks Organic Body Products, and Weldy, who owns MB Hand Cream, both used their own companies to test Oxford Deals and ensure that the service is beneficial to both buyers and sellers.
Many deals will go live this summer, particularly for dentists, gyms, and orthopedists, considering how much slower businesses are without Ole Miss classes in session.
Those interested in participating in Oxford Deals should register for their newsletter and sign up for deals through the website, oxmissdeals.com, as well as like their Facebook page.
Scan the QR Code below to sign up and start receiving deals today! 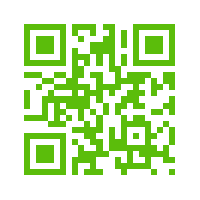