500-Year-Old Canoe For Sale at The Depot Anitque Mall

The Depot Antique Mall is true to its name with rows of booths full of furniture, toys, just about anything from generations before. However, there is one artifact that is not in the mall, but is on the market for $50,000.00. It’s a Mississippi treasure: a Natchez prehistoric canoe.


Brock Smith, artifacts salesman within The Depot Antique Mall, has the canoe at his residence.
“The canoe is too large to have in the store, it’s about 14 feet long – 13.75 feet to be exact,” Smith said.
He motioned to his booth: two short, long glass showcases and a tall dark armoire with glass doors. Fossils and arrowheads stood out on their white backdrops. He added with a chuckle, “It’s 300 pounds too.”
The canoe is also two feet wide and 18 inches deep. It has a flattened u-shaped bottom allowing space for two rowers and their cargo. Its eye-catching feature is not its missing rear end but rather its elongated platform with a sizeable notch at the end. Such a feature means the canoe may have been used for mooring or for steering with a paddle.
Smith has had the canoe for about a month now. The canoe came to him through someone else’s moving day.
“Mr. Haney’s son found the canoe in Natchez in the 1970s,” Smith said. “They kept it in [Haney’s] garage ever since. It wasn’t until his son was moving that he saw the canoe and decided to sell it after two decades.”
The full story begins with a search party for two missing persons in 1974 following the spring flood along the Homochitto River, south of Natchez, Miss. Jeff Haney, the canoe’s discoverer, noticed it partially exposed by the water. He with help of others, he relocated the canoe to the local fire station for storing.
Smith said the previous owners took the canoe to the Mississippi Department of Archives and History. The department sent the canoe’s samples to University of Georgia’s geochronology lab for carbon dating. UGA dated the canoe at 1465.
“The year 1465 is pre-Columbus,” Smith said. “It’s older than the Mayflower!”
The canoe retains 90 percent of its original appearance despite having lain in the soil for a little over 500 years. It’s made of Bald Cypress and was crafted from a log using stone tools.
“There are a few other examples of canoes in museums around here, but this canoe here in Oxford is one of most intact,” Smith said. “I’ve seen some of the museums’ canoes. Some were partially or even half-missing its structure.”
The initial discovery garnered unprecedented attention to the small Mississippian town. Natchez received newsmen, photographers, universities and museums and Native American tribes in their pilgrimage to view the canoe. Senator Thad Cochran even contacted the Smithsonian Institute about preservation and care methods, which stabilized the canoe to its present condition. The Haney family turned down several offers then and cared for it until spring of 2014 the family decided to pass the canoe along to Smith.
For sales inquires contact Brock Smith at brock@arrowheads.com or call him at 662-801-1786. He has a website: www.arrowheads.com where one can view artifacts from all over the South and even as distant as Morocco. His merchandise is also available at The Depot Antiques Mall in the Midtown Shopping Center on N. Lamar Blvd. 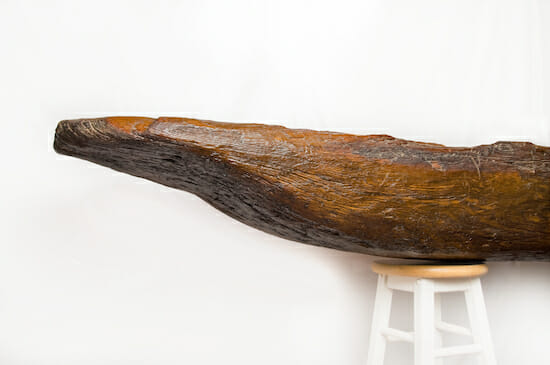 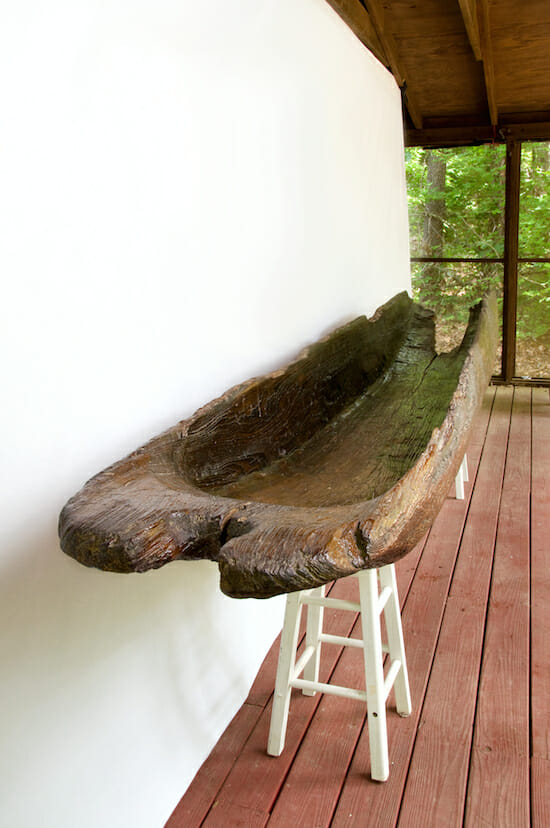 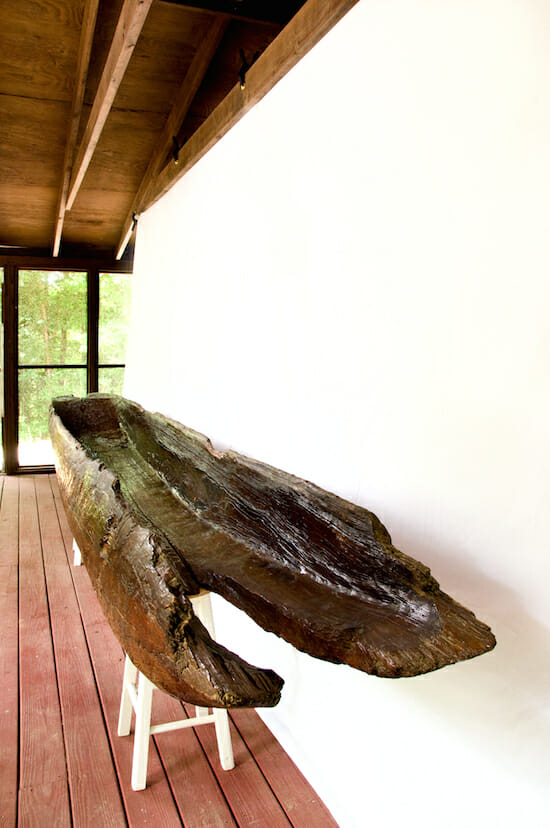 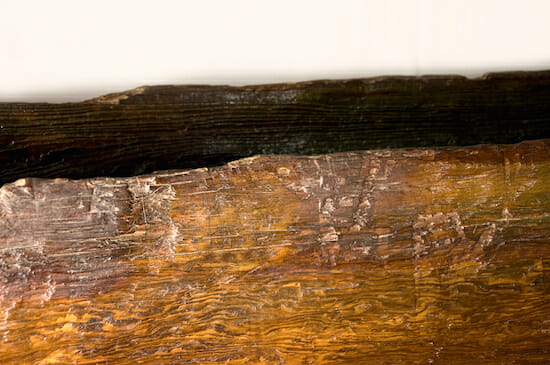 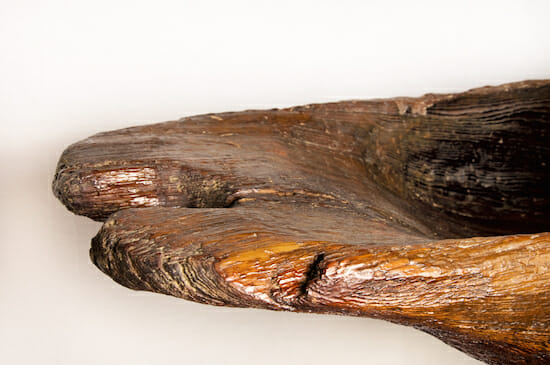 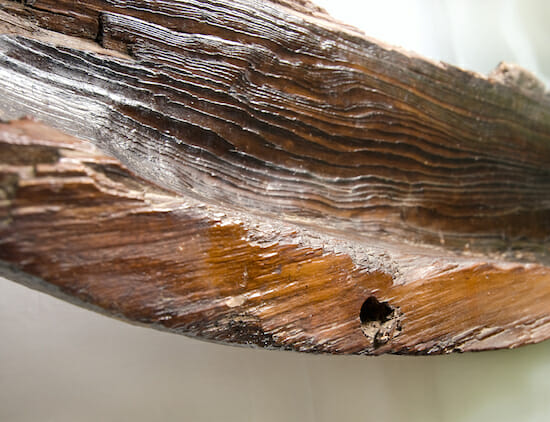 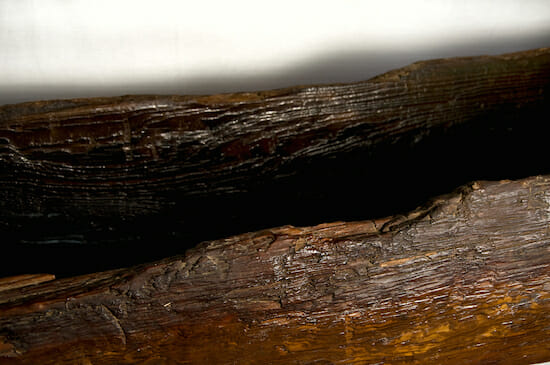