Investigators with the Oxford Police dept. arrested Dewayne Jones, 38 years of age from Oxford, MS, for rape. On Tuesday, officers were contacted by the victim who reported the assault. After the victim signed charges investigators arrested Jones whose bond was set at $20,000, which was revoked due to Jones being out on bond on another pending case.
Curtis Paten – Burglary of a Dwelling House 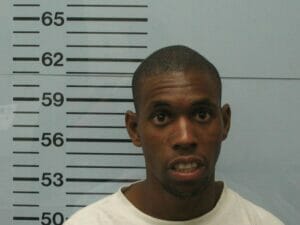 Officers of the Oxford Police dept. arrested Curtis Paten, 29 years of age from Oxford, MS, for burglary of a dwelling house. Officers responded a call to the 900 S. 18th St. where the caller visually described an individual attempting to gain entry into her residence. Officers located Paten a short distance away and placed him into custody. Paten was charged with burglary, and his bond was set at $1,500.
Nicholas Eley – Burglary of a Dwelling House

Investigators with the Oxford Police Dept. arrested Nicholas Eley 23 years of age from Oxford, MS, for burglary Of a dwelling house. On July 28, 2014, officers responded to a burglary call and upon investigation were able to place Eley at the scene. Eley was arrested and charged with burglary of a dwelling house, and his bond was set at $1,000.
The Oxford Police responded to the following incidents five petit larceny, four disturbances, four alarms, two harassing phone calls, a suspicious activity, a suspicious person, a suspicious vehicle, an ambulance assist, a malicious mischief, an emergency 911 call, a lost property, a civil matter and an open door.
The Oxford Police investigated 10 wrecks, issued 13 tickets and made three arrests on the following charges: two public drunks and a shoplifter.
The Oxford Police discovered one code enforcement violation and issued a warning for a littered yard.
The University Police responded to the following incidents: a motor vehicle accident at University Police Dept., a trespassing at Marijuana Project, vandalism at Bishop Hall, an accidental property damage with bicycle at Weir Hall, a service call for an ambulance at Peabody Hall, and a motor vehicle accident at University Place.
The Oxford Fire Department responded to the following calls: a smoke detector malfunction at Turner Center, a new A/C unit activation burned off thus setting off the first through third floor smoke detectors at the Inn at Ole Miss, and burned breadsticks in microwave activated smoke detector at Hefley #301.