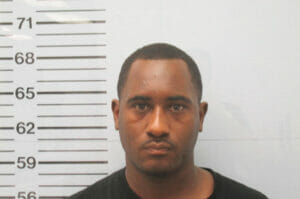 On January 7 and March 7, officers with the Oxford police department responded to Pleasant Drive for a house burglary with no suspect information. On March 11, Oxford police officers responded to Pleasant Drive in reference to several more house burglaries, but this time one of the residents was at home. The resident said he chased the suspect down the road until he jumped into a vehicle and drove off. The resident was able to get the tag number to the suspect’s vehicle, which came back to Christopher Suggs. A photo lineup was composed and the resident identified Suggs as the person who broke into his residence. Suggs was arrested on March 17 and charged with nine counts of Burglary – Breaking and Entering dwelling house or inner door of Dwelling. Suggs was taken before a Justice Court Judge for his initial appearance and given a bond of $75,000. Suggs is currently out on probation and a hold was placed on him by the Mississippi Department of Corrections. 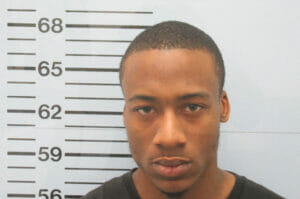 On August 18, 2014, the Oxford police department received a forgery complaint at Mississippi Federal Credit Union. The suspect, identified as Adrain Rose, presented a forged check to the bank teller to deposit into his account. The check was stolen from Desoto County. After the victim filed a stolen check complaint in Desoto County, Mississippi Federal Credit Union was notified and began an investigation. A warrant was issued for Adrian Rose and on March 16, he was arrested for Uttering Forgery. Rose was taken before Justice Court Judge for his initial appearance and given a bond of $2,500. Due to Rose currently being out on a felony bond with a case pending in Lafayette County Circuit Court, his bond was revoked.

Oxford police responded to the following incidents: four disturbances, three suspicious activities, a noise complaint, a shoplifting, a careless driving, a malicious mischief, a fraud, a civil matter, a 911 hang up call, and an animal complaint.

University police responded to the following incidents: a vehicle stop on Fraternity Row, a petit larceny at Blackburn Intramural Field, a grand larceny at Blackburn Intramural Field, a petit larceny at Stewart Hall, a motor vehicle accident at Cross Street, a vehicle stop on Student Union Drive, a motor vehicle accident with a moving violation per DUI on Fraternity Row.