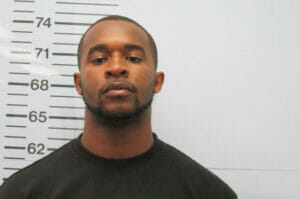 On Saturday, September 12, the Oxford police officers arrested Ozzie Telford, 25 of Water Valley, for Grand Larceny. Telford took over $3,000 from a residence that he was in during March. The victim signed an affidavit at that time, and a warrant was then issued. The warrant was served over the weekend and Telford was given a bond of $5,000. Telford also has a warrant out of Marshall County.

All lists and photographs are provided by law personnel to HottyToddy.com as part of the public record. All persons depicted are innocent until convicted by a court of law.