Our winter solstice and shortest day of the year is officially tomorrow (Tuesday, December 22) however, on Sunday evening, December 20, Oxford’s newest and soon to be favorite gathering place, Ron Shapiro’s Shelter on Van Buren, presented its Winter Solstice Celebration on the Oxford Square.

The event, which benefitted the Yoknapatawpha Arts Council, was filled to capacity and featured free coffee, food and beer from the Yalobusha Brewing Company and five featured musical guests including; The Gilleys, The Pinions (Kelley and Jesse), Effie Burt & Friends (Ricky Burkhead, Dave Woolworth, Bill Perry and company), and The Old Ways. There was also a special readings and singing by Oxonians Kaye Bryant and Mary Miller.

According to its Twitter feed, the Shelter on Van Buren is; A refuge. A gathering place. Music. Film. Art. Mississippi food, beer, coffee. Under the Square. Oxford.

Yep – that about covers it.

The Shelter on Van Buren is located at 1221 Van Buren Avenue underneath Neilson’s Department Store on the Oxford Square. 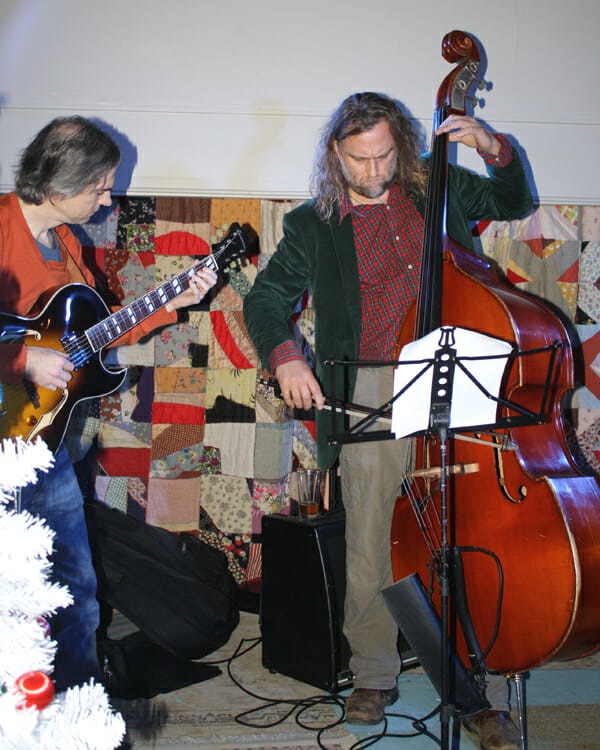