Oxford Film Festival will show Quentin Tarantino’s Death Proof on April 16 at 7:30 p.m. at the Shelter on Van Buren at no charge. 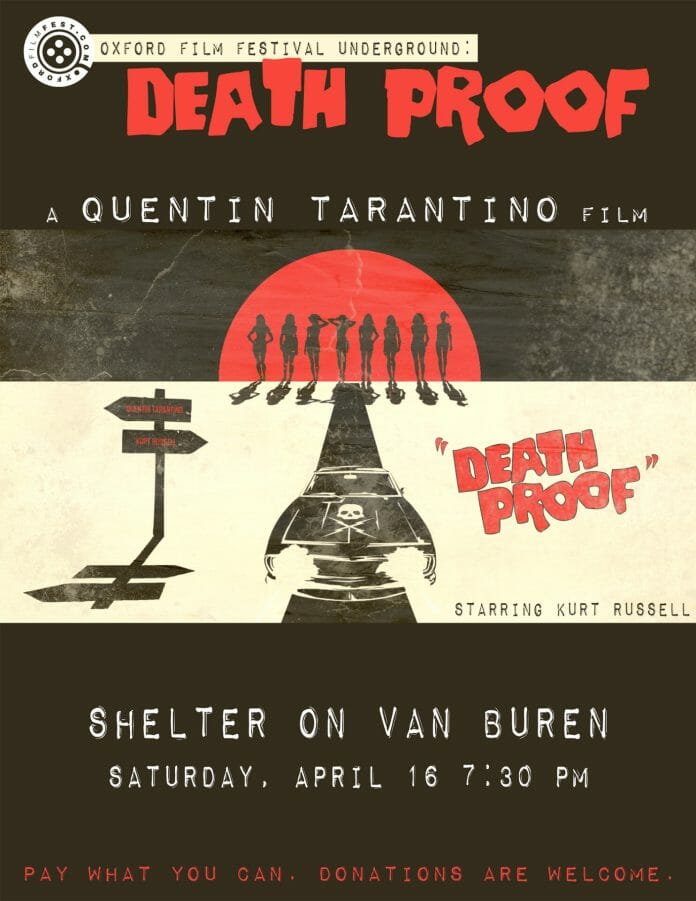 Death Proof is an action/horror film written and directed by Tarantino. The film stars Kurt Russell as Mike — a dangerous, psychopathic stuntman who stalks the many female leads, including stars Rosario Dawson, Sydney Poitier and Rose McGowan. Mike then uses his stunt vehicles, which are “death proof” — but only to the driver — to carry out his murderous fantasies.

Death Proof is part of Oxford Film Festival’s Underground screening series. This will be the second film screening offered by the festival outside of its yearly event and is set to become a monthly occurrence. 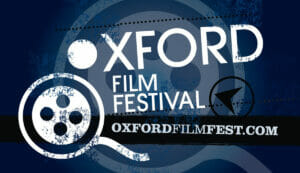 Instead of charging a set price, attendance is pay-what-you-can. The festival also reiterates that while the screening itself is free and open to all, audiences are encouraged to try a meal or drink at Shelter.

Shelter on Van Buren is located at 1221 Van Buren Ave in Oxford, under Neilson’s Department Store.

The Oxford Film Festival was founded in 2003 to bring exciting, new and unusual films (and the people who create them) to North Mississippi. The annual four-day festival screens short and feature-length films in both showcase and competition settings, including narrative and documentary features and shorts; Mississippi narratives, documentaries and music videos, and narrative, documentary, animated and experimental shorts. The festival is a 501c3 not-for-profit organization.