Eric Swinney was the only running back Ole Miss recruited and signed in the class of 2015.

There was no drama. Swinney committed in March of 2014 and never wavered, despite interest from some of the top schools in the country. Alabama, Auburn, Georgia and Florida State, among others, continued to chase after him. Swinney, a former four-star prospect, didn’t care.

He’s a big believer in loyalty.

Courtesy of Ben Garrett and to read the rest of the article go to OMSpirit.com. 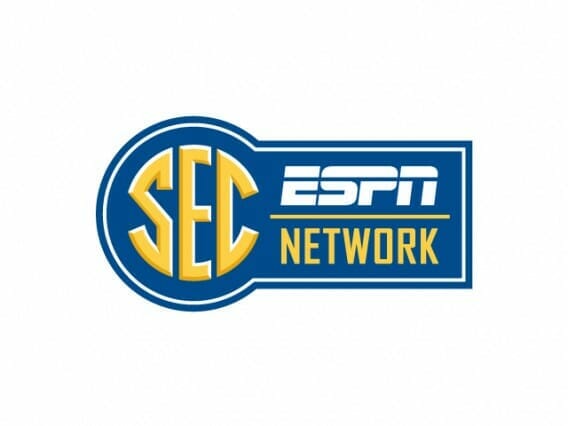 Courtesy of Jason Hall to read the rest go to Saturday Down South.com.

It’s hard to catch passes when you have a broken hand.

That’s why Ole Miss redshirt freshman TE Willie Hibbler discovered this spring. So, in order to stay on the field and help the team, he switched to middle linebacker.

Now, as the 2016 season approaches, Hibbler finds himself as the No. 2 middle linebacker on the Rebels’ depth chart.

Hibbler told The Clarion-Ledger he made the move for the good of the team:

“If I would’ve tried to play the season on offense, it would’ve been kind of selfish,” Hibbler said. “Coach (Hugh) Freeze teaches us the right thing, to sacrifice. To win championships, you’ve got to be willing to sacrifice for the team. I think staying on defense was the right thing.”

Courtesy Adam Spencer and to read the rest go to Saturday Down South.com.

D.J. Jones’ concussion is another concern for Ole Miss’ D-line

If Ole Miss is to slow down superstar running back Dalvin Cook in the season opener against Florida State, it will do so by relying on the sturdy interior of its defensive line. Perhaps the most important player of that group is nose tackle D.J. Jones, a 320-pound boulder with a 350-pound power clean and aspirations to be one of the SEC’s breakout stars during his senior season.

Which is why it’s concerning for Rebel fans to hear that Jones sat out Saturday’s practice for what Chuck Rounsaville of Scout.com reports is a concussion. There’s been no word on how soon Jones is expected to return or if he’s in danger of missing the Sept. 5 opener in Orlando.

Jones wasn’t the only run-stuffing D-lineman to sit out of Saturday’s media-accessible session: strong-side defensive end Fadol Brown, whose experience and 6’4, 273-pound frame could be the key to keeping the speedy Cook from reaching the edge, still isn’t practicing on his surgically repaired foot.

Courtesy of Jeff Gray and to read the rest go to redcuprebellion.com.

Florida State‘s depth at quarterback has taken a hit each of the last two weekends.

Sean Maguire‘s foot injury, expected to keep him out of the lineup until at least the third or fourth game of the season, has likely promoted redshirt freshman Deondre Francois to the starter’s role for the season opener against Ole Miss on Sept. 5. Francois has received positive reviews from FSU’s coaches and reporters, but he’s still an unknown entity when staring down the most important position on a top-five team in college football.

Just one week later, coach Jimbo Fisher announced that freshman quarterback Malik Henry has been suspended indefinitely for a violation of team rules. Now it’s Francois’ show, for sure, as one of only two scholarship quarterbacks on Florida State’s roster that are both healthy and in good standing with the program.

Henry is a four-star prospect coming out of Long Beach Poly (Calif.) who was ranked No. 2 in the nation at his position per the 247Sports Composite. He enrolled early and has been practicing with the Seminoles since the spring. According to Tomahawk Nation, Henry has remained as the No. 3 or No. 4 quarterback in fall camp even after Maguire’s injury.

Courtesy of Chip Patterson and to read the rest of the article go to cbssports.com.