The Department of Modern Languages at the University of Mississippi is pleased to announce the third Hispanic Heritage Series of films this fall semester as part of the celebrations honoring the Hispanic Heritage Month (15 Sept.- 15Oct.) This year has several special features: a community showing, hard-to-see films from unexpected countries, and a nice new location” said Diane Marting, one of the three organizers.
Irene Kaufmann, another organizer, added: “Being exposed to international cinema, is one way of opening our minds to the world, something we all need very much in these times.” The series consists of five contemporary films from Spanish-speaking countries, including Spain this time. “This series promotes cultural understanding of  the Hispanic community,” Carmen Sánchez, another organizer, emphasized.
The first film, “The Return” (Sept. 21st) is a Costa Rican movie based on a life-changing journey back to Costa Rica. Our second film, “Truman” (sep. 28th) stars Argentinean actor Ricardo Darín in a beautiful nostalgic movie awarded Spain’s Goya Prize for the best film in 2015. This year’s third film, “The Companion” (Oct. 5th) was Cuba’s official entry to the academy awards. It narrates the period when HIV patients were sent to AIDS-centers under military rule, during the 80’s.
“The Tenth Man” is the fourth film (Oct. 12th), a comedy exploring the topic of identity, faith and father-son relationship in Once, the bustling Jewish district in Buenos Aires. The last film “Seven Boxes” (Oct. 19th) is a Paraguayan crime thriller that chronicles a few days in the life of Victor, a daydreaming 17-year-old pushcart porter in Mercado 4, who is asked to keep seven boxes with unknown content away from the police. “Seven Boxes” is a bilingual film in Spanish and Guarani about different social strata and current issues in Paraguay.
All five films have English subtitles. They will be shown on the University of Mississippi campus. The films are free and open to the public on the following Thursdays at 7pm at Lamar building, room 131.  In addition to our regular series, this year we offer a special showing of the movie “Truman” at the Oxford Public Library, Saturday, September 30th at 3pm.
See the trailers at Pragda.com. For more information, please contact: Prof. Diane E. Marting, dmarting@olemiss.edu.  Dates for the screening of the films are as follows: 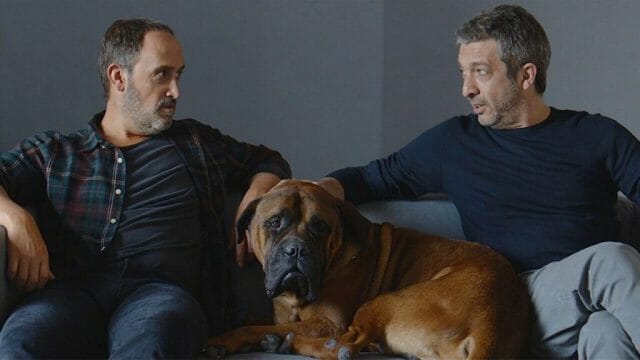 Facebook
Twitter
Pinterest
Previous articleGame Day 101: A Freshmen's Guide to Surviving Football Season
Next articleTraditions by U Club Townhomes: Trash Can Friday Returns, Are You Ready?