Top Stories of 2017: How Much Pizza Is Too Much Pizza? 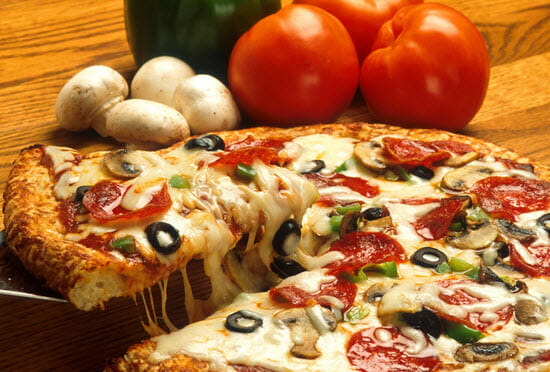 With at least 15 restaurants serving delicious pizza, we decided to find out if Oxford has enough pizza lovers to pay for all that pepperoni.

Ask Jim Bulian, owner of Old Venice Pizza Co. on the Square, if Oxford has too many pizzerias, and he’ll tell you absolutely not.


“First of all, there’s no such thing as too much pizza. Pizza lovers abound. They’re everywhere,” Bulian said. “Oxford’s always growing, so I feel there’s always room for a new pizza place.”
Mandy and Donnie McCord, owners of 6 N Tubbs on West Oxford Loop, don’t feel threatened by new pizzerias opening in Oxford either.
“Yeah, there’s a lot of pizza places,” Mandy said, “but every pizza place in Oxford offers something different.”

Donnie agreed, adding, “We cook it traditional style, the New York style. We don’t use a conveyor oven like most places use.”
While great-tasting food is one factor that determines how well the pizzeria will fare, the location is just as important.

Brooks Robert, co-founder of the Indianola-headquartered Lost Pizza Co. chain, looked to bring his restaurant to Oxford for years, but couldn’t decide just where to open it.
“None of [the possible locations] felt right for us, not to mention all of the really good pizza options already on and near the Square,” Roberts said. “Then we looked at the 800 Park location on College Hill Road. This location was perfect for Lost Pizza Co. There are a ton of houses out on this side of town with lots of people who may not want to go into the busy parts of town to eat.”
While some pizzeria owners think Oxford has plenty of pizza lovers, they don’t wish to see more pizza shops open anytime soon. As Proud Larry’s owner, Scott Caradine, puts it, “The pie is only so big. You don’t want to keep slicing it up forever.”
Caradine doesn’t feel threatened by the newest pizzerias, however, since Proud Larry’s, located on the Square, has plenty of other menu items to boast about. Instead, he takes it as a challenge.

“I think competition makes people better,” he said. “Competition kind of helps people step up their game. We feel like our pizza stands for itself.”
Alena Tikhova, owner of Dodo Pizza on West Jackson Avenue, said the pizza market is definitely becoming more competitive in Oxford.

“I wouldn’t put my money into a dine-in pizza place in Oxford these days, simply because the market is moving toward its saturation point,” Tikhova said. “Managing deliveries in the right way is a lot more complicated than managing just a dine-in, but it pays off because not so many places could be really good at delivering pizzas.”
David Campanella, general manager of Soulshine Pizza Factory on the Square, said he, too, would hesitate to open another pizzeria in Oxford. But he thinks the ones in place now will do just fine.

“Usually the first people to the marketplace are the ones who kind of maintain and stay,” he said.
Speaking of first to the marketplace, Jeff Whiteaker, co-owner of Pizza Den (founded in 1966) on Heritage Drive, said he’s learned a thing or two about the keys to success.

“For us, [pizza lovers] may go somewhere and try something, but they always come on back,” Whiteaker said. “We put out the same thing we’ve been putting out. Things have to taste the same as the last time you ate them.”
So after talking to some of the best pizzerias in town, it seems Oxford does indeed have enough pizza lovers to go around, at least for now. Oh, and here’s a fun fact for you: The night before Thanksgiving is one of the top five days of the year for the pizza industry. Don’t believe us? Check it yourself here. Have fun tonight, all you pizza lovers, and mangia!
Find your favorite Oxford pizzeria below:


By Randall Haley, associate editor of HottyToddy.com. She can be reached by emailing randall.haley@hottytoddy.com.