Clant Seay raised horses for 25 years. Now the Oxford attorney spends most of his days fighting to ensure their welfare by pushing for a law that would end the practice of the “big lick” gait for Tennessee Walking horses.

Seay is the founder of the “We, the People” Citizens Campaign Against Big Lick Animal Cruelty, a grassroots movement against animal cruelty to the Tennessee Walking horses.

Horses are fitted with heavy shoes, some weighing 8 pounds, often with the addition of chains that help create the big lick high-step style of walking. Some of the pads have been found to contain nails to apply pressure and encourage the horse to lift their feet.

The Horse Protection Act of 1970 outlawed the practice of “soring” where chemicals were placed on the horses’ legs to make them overly sensitive and painful which were used to enhance the high step or big lick walk.

However, Seay says many show-horse owners continue to “sore” the horses along with using the heavy, big lick pads, or stacks.

Seay and CCABLAC are hoping the PAST ACT, introduced in the 116th Session of Congress as the ‘U.S. Senator Joseph D. Tydings Memorial PAST ACT in January, will make it out of committee and get a vote. Tydings was the Senate sponsor of the Horse Protection Act of 1970.

CCABLAC Animal Welfare Advocates have staged protests against animal cruelty to Tennessee Walking Horses from the Gulf of Mexico at Panama City Beach, Florida to the Blue Ridge Mountains of Asheville, North Carolina to the White House in Washington DC.

After a similar bill died in committee in 2014, Seay said he knew he had to extend his fight to the people.

In 2015, he started a petition on Change.org, asking the University of Mississippi Medical Center to discontinue accepting donations from Mississippi Charity Horse Show for the Batson Children’s Hospital in Jackson. In March 2015, UMMC announced it asked the organization to discontinue the $50,000 a year donation.

“They did not want to be associated with animal cruelty,” Seay told Hottytoddy.com recently.

Later in 2015, Seay learned about a Tennessee Walking Horse being sold at an auction who appeared to have scarring from soring and trouble walking with his 8-pound shoes that had been on his feet for years.

Seay was contacted by a horse rescue group and helped provide funds to purchase the horse, Glimmer, who has become the face of the fight against big lick horse shows.

The horse is now living in an “undisclosed” location without his big lick shoes and enjoying green pastures.

Seay carries around the large, heavy shoes that Glimmer wore for most of his life when speaking on behalf of CCABLAC or at protests. 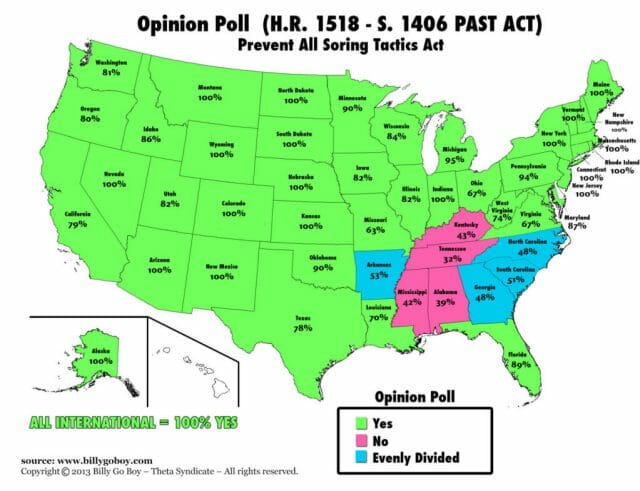 Seay conducted a national survey of 7,000 members of the Tennessee Walking Horse Breed Registry in 2013. He asked if they support the end of big lick. While most breeders answered “Yes” around the country, several southern states replied with a majority of a “No” response.

Seay says the PAST Act has 235 sponsors so far and needs 290 to automatically come out of committee. If the Act gets a vote, it would need 218 votes to be successful.

“We’re working hard on it and we’re not far away,” he said. “We’re fighting organizations who pay lobbyists $12,000 a month with a few newspaper ads, a MacBook Pro and a bunch of ladies that put on these T-shirts and grab signs and fight, and we’re doing it.”