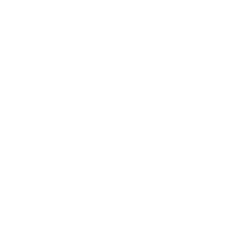 Pianist Elizabeth Moak, a sixth-generation Mississippian, made her mark in the classical music recording industry this year with her solo debut, the 2-CD set Art Fire Soul: Piano Works of Judith Lang Zaimont. The comprehensive set contains the bulk of 50 years of Zaimont’s piano compositions and several world premiere recordings.
The album came about because internationally regarded composer Zaimont was impressed by Elizabeth Moak’s performances of her works and personally requested Moak for the recording project. Zaimont’s works themselves have been described as “exquisitely crafted, vividly characterized and wholly appealing” by The New York Times. Moak, already noted for her “sensitivity” and “generous imagination,” worked under the composer’s guidance in preparation for the recordings and throughout the recording process. Zaimont was the producer of Art Fire Soul, with recording by Grammy-winning sound engineer Richard Price.

“Having the opportunity to work with a composer is a fascinating experience and enriches one’s performances,” Moak says. “I was honored to work with a composer of her stature.” Prior to recording Art Fire Soul, Moak had already been performing some of the works of Zaimont for many years throughout Europe and the U.S., and thus she brings a deep connection to the material. “Of contemporary classical works, Judith Lang Zaimont’s compositions have been something I have been particularly drawn to—even performing her ‘Nocturne’ for over 20 years,” says Moak. “It was the initial spark for what became a journey of discovery. And there is much for others to discover as well, from her works rather connected to the past, such as her rags and ‘Jazz Waltz,’ to the forward-looking works such as the tumultuous fingerstorm ‘Impronta Digitale’ which caught the public’s attention when it was featured at the 2001 Van Cliburn International Competition.”
Moak’s first opportunity to work directly with a living composer happened naturally, as one of her pre-college piano teachers, Raymond Liebau (who taught for 30 years on the Ole Miss music faculty), also composed. In fact, the movement “Elegy” of Liebau’s Suite in Y was written upon the death of Elizabeth’s older teenage brother Edwin Moak, in whose memory the Oxford High baseball field was named and a college scholarship fund was established by the Oxford Rotary Club. Moak first performed the entire Suite while she herself was in high school and studying with Liebau.

Born and raised in Oxford, Elizabeth Moak grew up in a musical household. Her mother, Helen Hutchcraft Moak, was a trained pianist and musician (who went on to receive a doctorate in music from Ole Miss, performed for numerous Ole Miss graduations, and taught countless music students in Oxford and Lafayette County), and her father, Franklin E. Moak (who served as dean of students and professor of higher education at Ole Miss), was a lover of classical music and could play piano, transposing church hymns to any key upon request. Elizabeth Moak first studied with Mariada McCall (the founder of the first Oxford Piano Teachers Association) and subsequently with Sarah Grace Kelly (an alumna of Ole Miss).
Moak made her debut with the Mississippi Symphony at age 16 as a result of winning a competition sponsored by the Mississippi Federation of Music Clubs. Additionally while in high school, Moak was awarded a Van Cliburn Scholarship to attend one of the most prestigious summer music programs for youth, Interlochen Summer Arts Camp. After graduating from Oxford High, she studied at the Peabody Conservatory of Johns Hopkins University, where her teachers would include the noted pianist Ann Schein (who herself was a student of Arthur Rubenstein) and Leon Fleisher (considered one of the great pianists of the past century.) Moak also holds a degree with highest honors from the Conservatoire de Musique de Neuchâtel in Switzerland. Moak is a winner of the Mu Phi Epsilon International Competition as well as several national competitions. Solo appearances with orchestra have included concertos by Mozart, Beethoven, Grieg, Ravel, and Gershwin.
https://youtu.be/efTtf7-lLwE

Tickets on Sale for Sheffield’s ‘The Heartbreak Henry’

YAC Fall Events Will Kick Off with Bar Crawl

Thacker Mountain Radio Hour to Perform in the Grove Sunday