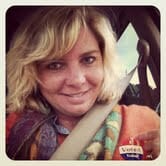 President Obama being re-elected last Tuesday came as no surprise to me. I had been reading Nate Silver’s blog religiously for weeks, and knew that Pres. Obama was very likely to win throughout the entire election cycle. What surprised me were the Republicans—including Mitt Romney himself —who refused to look at the facts and information at hand and see that they were set to lose.
For me, this came as further testament to a mentality that everything should be handed to Mr. Romney and his ilk on a silver platter. He wanted the presidency, and seemed shocked and dismayed that he was not given it. This is a man who is used to getting what he wants. He did not even prepare a concession speech for election night. In the debates, he made it clear that he was used to talking over people and having them back down. He bullied moderators and spoke over both them and the President.
He and his team claimed that all the polling that showed Obama was ahead was “skewed”. They tricked themselves into thinking they had a good ground game, when it was sadly entirely lacking. Their GOTV efforts were a complete and total failure.
I find the most telling comparison between President Obama and Mitt Romney is to look at the way both men responded to the people who worked hard on their campaigns. These were volunteers for the most part, who put in hours upon hours of hard work to make sure their man would be elected. When President Obama thanked his campaign workers at his Chicago headquarters, he did so with tears of genuine appreciation streaming down his cheeks.
“What you guys accomplished will go on in the annals of history . . . but the most important thing you need to know is your journey’s just beginning. You’re just starting,” Obama said. “That’s been my source of hope. It’s been why the last four years when people ask me how do you put up with this or that, the frustrations of Washington, I think of what you guys are doing. That’s the source of my hope, my strength and my inspiration.”
Mr. Romney, on the other hand, deactivated the campaign credit cards of his staffers before election night had even ended. Young staffers were left having to pay for their flights home, and even for their cabs home from the Tuesday night election event. The night was not even over, and Romney had cut off his support for his staff! Some called their parents asking for financial help. This simple and telling act alone is a damning indictment on the man and his campaign, in my eyes.
Mr. Romney is still claiming that Pres. Obama essentially “bought” the votes of his supporters by giving them policy that they wanted. Here’s the thing, Republicans: that’s how you win elections. By giving your constituents policy they support; policy that helps people. That does not mean “buying” votes. This does not translate into “free contraception,” for example; what I mean is not alienating the electorate.  Not calling them freeloaders or moochers. Until the Republican party realizes and accepts this, they’ll keep losing elections.
The right man won, and I am pleased as punch.