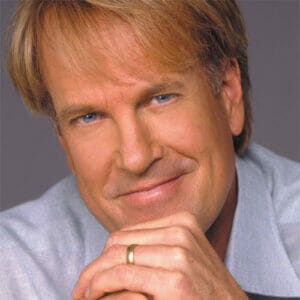 By Tad Wilkes, Nightlife & Lifestyle Editor
tad.wilkes@hottytoddy.com
Many know him from Entertainment Tonight and his myriad other show biz endeavors, but lately he’s again focusing on his music. John Tesh and his Big Band Orchestra are swinging into town to set the stage for a merry Christmas. Tesh and 14 performers will play favorite holiday tunes in the big band style, peppered with Tesh’s charming rapport with the audience, Sunday, December 16, at 3 p.m.
He may be Triumph the Insult Comic Dog’s favorite New Age artist to poop on, but Tesh is a two-time Grammy nominated, four-time Gold-selling artist and six-time Emmy Award winner. The Christmas tour builds on the foundation of his recent John Tesh: Big Band album, national public television special (and DVD), and 2012 summer U.S. tour. “John Tesh: Big Band Christmas” features Tesh and a 14-member performers playing favorite holiday tunes in big band style.
“The University of Mississippi is known for bringing in performers who enhance the cultural and educational experience of the university. John Tesh is one such performer. He has the knack for choosing just the right songs for all ages. He seems to become one with the audience,” said Norm Easterbrook, director of the Ford Center.
Tesh is an American pianist and composer of new age and contemporary Christian music. He is also a nationally syndicated radio host, and has previously served as a sportscaster, news anchor and reporter. Besides the piano, he also plays the keyboard, guitar, saxophone and sings. He is also known by many as the long time host of the Entertainment Tonight show.
For more information and to buy tickets, visit the Ford Center website.
Here’s a video about it from Teshy himself:
https://youtu.be/-Tkv1WQFtG8?t=44s