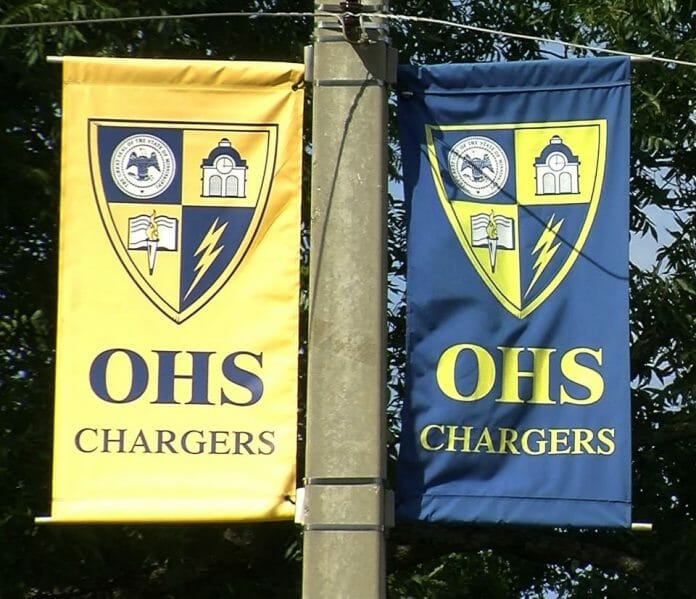 School shooting raises specter of recent OHS bomb threat
Story By Michael Harrelson, editor, HottyToddy.com
michael.harrelson@hottytoddy.com
The mass shooting at an elementary school in Newtown, Conn., on Friday morning that left 27 dead, including 20 young children, is raising renewed concerns in Oxford, where a 19-year-old local resident was arrested last October on federal charges of threatening to blow up Oxford High School with an explosive device.
Parents, educators and others took to social media after the tragedy went viral on the Internet and cable new channels to express their worries about the safety measures currently in place at the three elementary schools and two high schools in the city and county.
Coupled with the most recent act of school violence, the threat allegedly made by Joshua Pillault to attack Oxford High School on the anniversary of the Columbine High School tragedy only served to reinforce the sense of vulnerability felt by many.
For others, such as Abbeville resident Angela Rogalski, who said she had been unaware of the arrest of the high school dropout, who remains in custody, undergoing psychiatric evaluation, it took the graphic images of  Sandy Hook and the terror on the faces of the survivors to bring the horror home to her.
“I am now entirely convinced that some sort of protection for our elementary school children should be put into place in our lower and upper elementary schools,” Rogalski, an Abbeville resident whose daughter attends Lafayette Elementary, wrote on Facebook.
Another local resident addressed his Facebook remarks about the shootings and school safety  “To All Educators.”
“If your career doesn’t consist of making a difference in a child’s life in a positive way, you probably need to find another career,” Kevin Buford, himself an educator, wrote.  … “The educators aren’t the ones to blame, but I am just saying a lot of times you can make a difference, whether you believe it or not.”
Jennifer Yancy, a Taylor, Mississippi, resident who serves as co-president of Lafayette Elementary School PTO, told HottyToddy.com that she and husband Jimmy discussed the Connecticut shootings and the safety of school kids locally over lunch on Friday.
Already well versed in the safety practices in place at her son Whit’s elementary school, Yancy said their discussion was instead focused on measures that weren’t being employed at Lafayette.
“Keypad entry and video cameras are two things we discussed,” she said. “It’s a thought for office personnel and teachers. We don’t know the answer, but we do want to be as prepared as we can and close as many loopholes as possible.”
Yancy said she is considering bringing the safety issue up at the next PTO meeting.
One social media post seemed to express the collective emotions of everyone as they sought to put themselves in the shoes of those who had lost their children in Connecticut: “Hug you children a little tighter tonight.”
Want to express your concerns about school safety to elected officials in the city and county? Here’s a list of names and contacts, including the  mayor of Oxford and members and staff of the Oxford and Lafayette County school boards.
Mayor Pat Patterson
mayorpat@oxfordms.net
Mailing address:
City of Oxford
107 Courthouse Square
Oxford, Ms. 38601
(662) 232-2340
Oxford School Board:
Marian Barksdale
President
marian.barksdale@gmail.com
Members of the School Board
Denny Tosh
Secretary
denny@fncinc.com
Dr. Bela J. Chain
bjchain@att.net
Romana Reed
winkyjen@bellsouth.net
Whitney Byars
wwbyars@bellsouth.net
Lateasha Blackmon
Recording Secretary
lblackmon@oxford.k12.ms.us
Brian Harvey, Superintendent
bharvey@oxford.k12.ms.us
Phone Number…Central Office
(662) 234-3541