Head of TV for William Morris 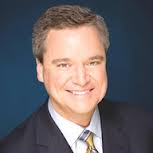 Amory native Sam Haskell was the long-time Worldwide Head of Television for the William Morris Agency. Haskell, considered to be one of the most powerful men in entertainment, was instrumental in launching The Cosby Show, The Fresh Prince of Bel Air, Who Wants to be a Millionaire, Everybody Loves Raymond, and Lost.
Excerpted by permission of The Nautilus Publishing Company from 501 Little-Known Facts, Obscure Trivia, World Records & Historical Minutia from the State of Mississippi
For more Mississippi facts, and for other titles of interest, visithttps://hottytoddybooks.com/index.html. All proceeds from book sales support scholarships at the Meek School of Journalism and New Media.