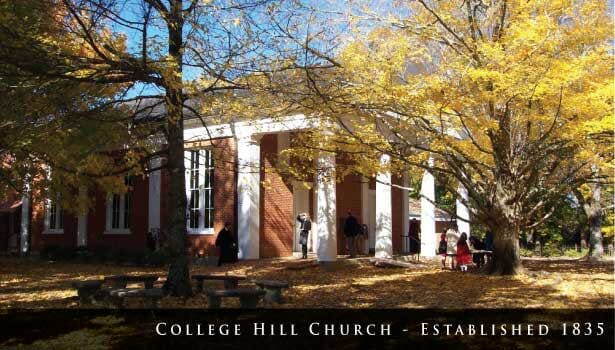 The church was originally organized in 1835. The building, built using slave labor and bricks fired on the grounds, was completed in 1846. It is the oldest church building in the Oxford area. During the Civil War, the surrounding community of College Hill was invaded by Union General Sherman and his troops in 1862, who occupied the grounds of the church and used the church building itself for sleeping quarters. William and Estelle Faulkner were married here in 1929. The original structure and furnishings remain remarkably unchanged. The pulpit, pews and pew gates are original to the structure. College Hill Presbyterian Church was declared a National Historic Place on November 13, 1979.