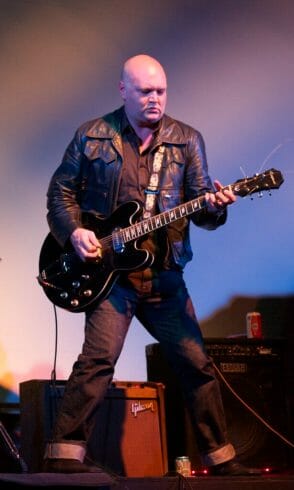 The show was such a rollicking hit—and so much leather-clad fun for for its cast—that The Outlaw Biker, brainchild of rocker Tyler Keith (pictured left), is rumbling back to the stage on January 18—this time at the Lyric Theatre. Click here to read all about the play.

Keith’s homage to biker films of the ’60s debuted on Halloween, 2012, and centers around the supernatural presence of the Outlaw biker, “who rides with no gang, who can stomp any gang,” said Keith before the show’s debut. The mythical, looming figure touches the lives of a variety of miscreants, wholesome travelers, and other doomed characters.

The Outlaw Biker performance is at 8 p.m., January 18, at the Lyric Theatre at 1006 Van Buren Avenue in Oxford.

Photos from the Halloween, 2012, debut of The Outlaw Biker. Click photos to enlarge.

Photographer Mike Stanton’s work can be sampled at fairtrade-photos.com.