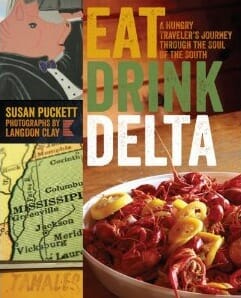 An Open Mind and Empty Stomach

There’s more to Delta dining than Southern standards. Puckett uncovers the stories behind convenience stores where dill pickles marinate in Kool-Aid and diners where tabouli appears on plates with fried chicken. She celebrates the region’s hot tamale makers, and she introduces us to a new crop of Delta chefs who brine chicken in sweet tea and top stone-ground Mississippi grits with local pond-raised prawns and tomato confit.

The guide also provides a taste of events such as Belzoni’s World Catfish Festival and Tunica’s Wild Game Cook-Off and offers dozens of tested recipes, including the Memphis barbecue pizza beloved by Elvis and a lemon ice-box pie inspired by Tennessee Williams.

To William Faulkner’s suggestion, “To understand the world, you must first understand a place like Mississippi,” Susan Puckett adds this advice: Go to the Delta with an open mind and an empty stomach. Make your way southward in a journey measured in meals, not miles.”

A Jackson native and graduate of the University of Mississippi, Puckett was the food editor at the Atlanta Journal-Constitution for 18 years. She is an author of six previous books, including A Cook’s Tour of Mississippi and The 5:30 Challenge Cookbook. 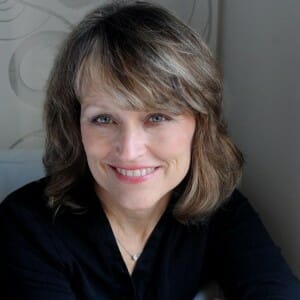 A portion of the author proceeds from this book goes to the Puckett Family Journalism Scholarship Fund, established in 2012 by the Puckett at the University of Mississippi. Its purpose is to inspire future generations to continue telling stories of the diverse and changing South. Puckett strongly supports the work of two programs at the university that share this mission: the Meek School of Journalism and New Media, and the Southern Foodways Alliance (SFA).

The Meek School has offered a course called the Delta Project, run by Pulitzer Prize-winning journalist Bill Rose, in which students report on poverty in the Delta and produce magazines and multi-media projects documenting those findings. In 2011, the first of those, “The Road to Broken Dreams: Can a New South Rise From the Rot of the Old South?” won the Robert F. Kennedy Journalism award for college print. The Southern Foodways Alliance, affiliated with the university’s Center for the Study of Southern Culture, is a member-supported organization dedicated to documenting the region’s food traditions through events, films, books, and oral history.

Recipients of the scholarship will work with SFA on special projects agreed upon by both programs. For more information about the scholarship, click here.