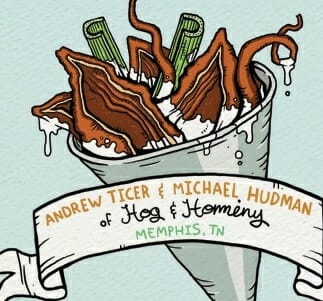 It may be great news for Oxonians who miss the hell out of L&M’s. Fact is, it’s killer regardless.

The first week of Big Bad Pop-Ups brought us Eli Kirshtein’s Israeli street food, and then Big Bad Chef John Currence himself presented his version of Americana street food in week two. Now, from Wednesday, January 23, through Saturday, January 26, Andrew Ticer and Michael Hudman from Hog & Hominy in Memphis will be plating a menu of street food with the theme “Italian Cooking, Southern Roots.”

Currence has turned his The Main Event office and catering kitchen into Big Bad Pop-Ups while City Grocery restaurant on the Square undergoes renovation. The promotion entails a full month devoted to Currence and guest chefs serving up various takes on different street food cuisine.

Big Bad Pop-Ups began its four-week run January 9, open from Wednesday through Saturday each week. The doors of The Main Event, located at 1005 North Lamar Boulevard, open at 5:30 p.m. and close at 10 p.m. during the promotion.

Next week, the series welcomes Kelly English from Restaurant Iris in Memphis. 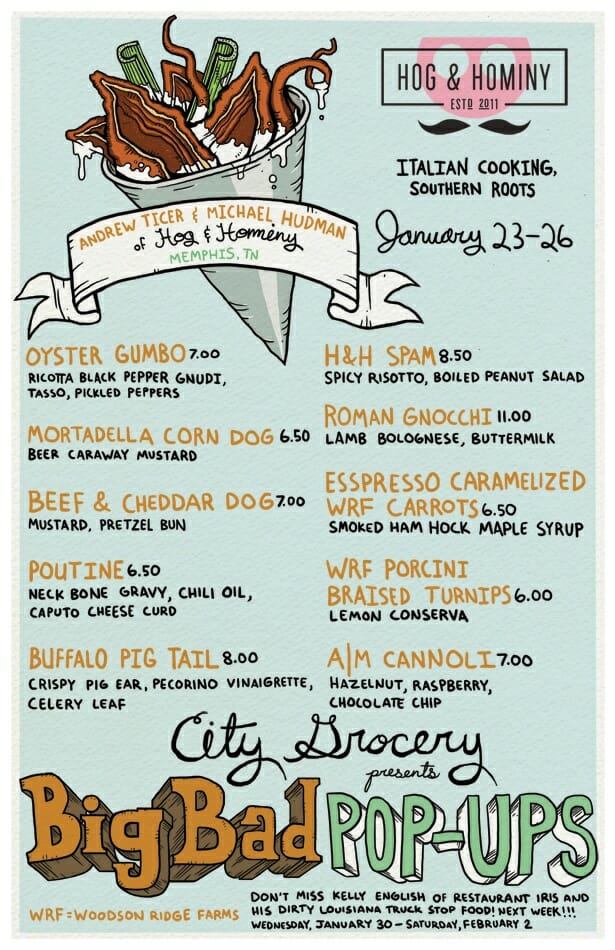