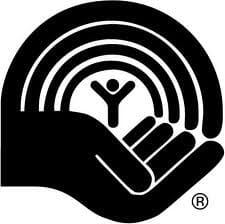 University of Mississippi organizers are still accepting contributions to the 2012 United Way campaign – which officially ended in December – in hopes of still reaching the campaign goal.

UM faculty, staff and students set a campus goal of $165,000 for United Way of Lafayette-Oxford-University. By the campaign’s end, the UM community raised around $146,000. Last year, the drive raised $164,758, $4,758 more than the 2011 goal of $160,000.
“The outpouring of support from the university community has not been as strong as in previous years,” said Lucile McCook, co-chair of the United Way campus committee. “We are still accepting checks and payroll deductions. Given the current economic climate, this generosity is even more needed and appreciated by all the agencies that the United Way aids.”

McCook said that while faculty-staff payroll deductions constitute the majority of the funds received in the campaign, proceeds from student-sponsored events play an important role.

“In years past, student groups did hot dog sales at several dormitories to raise funds for the United Way, and did roadblocks in days before football games,” McCook said. “We’d hoped that their effort would continue year after year.”

More than 99 percent of the money raised remains in the area to help with community needs.

UM employees can contribute to United Way by making a one-time donation or pledging through payroll deduction.

“Each year, the success of the campaign depends on us,” said Thelma Curry, co-chair of the campus committee. “The agencies supported by the United Way are a big part of the stability and well-being of the local community.”

For more information about United Way, contact Sukanek at 662-236-6971 or visit http://unitedway.oxfordms.com.

Water Crisis 2022: Sticking It Through