The Dog Days are over. Again.

Soul Sister Number One Laurie Stirratt announced, via a post on the Cary Hudson Music page on Facebook, that beloved group Blue Mountain is going on hiatus. Stirratt and Hudson founded the band, categorized by some as “alt-country” and by others as “roots rock,” in Oxford in 1991.

The breakup isn’t the only surprise in Stirratt’s Facebook post, which included some good news to go with the bad by listing the remaining live dates Blue Mountain will perform. The announcement revealed that the group will bring it back home on April 26 for a performance at the Double Decker Arts Festival, Presented by C Spire Wireless, thus giving music fans a sneak peak of the identity of at least one of the acts to perform at the festival, which has not yet announced its music lineup for the 2013 event. It’s one last chance for Oxford to shake it in the street with a band treasured most for its viscerally satisfying live performances.

After careful consideration Cary and I have decided to part ways and pursue other projects. Blue Mountain has meant the world to both of us but it’s time for a change. Cary and I will always be friends and we mutually want whats best for each other. It’s been a wonderful experience and we are both grateful for the memories we have. We want to extend a heartfelt thank you to each and every one of you for your support over the years. Nothing was ever possible without y’all.

We will be playing out the remainder of our shows scheduled (listed below) and hope you guys can make it out for one last hurrah. Our final show will be at Double Decker Festival in our beloved Oxford, MS, which will be a blast.

Thanks also to our families for their never ending support.

Our catalog will still be for sale through our online store operated by the fabulous T-Bones Records in Hattiesburg, MS. Just follow the link below.
http://tbonescafe.com/catalogue 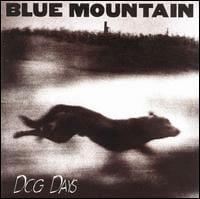 Cary Hudson Music later posted a comment under the above post, stating “Last Blue Mountain show is June 29 at The Hill Country Picnic!”

This Blue Canoe Has Sailed

Blue Mountain’s original run began with its self-titled 1993 album and continued with Dog Days (1995), Home Grown (1997), Tales of a Traveler (1999), and Roots (2001), arriving at a bittersweet would-be coda with the release of the album Tonight It’s Now or Never in 2002. However, Stirratt and Hudson brought the group back together in 2007 and have been performing since.

In 2008, they released Midnight in Mississippi, as well as an album of re-recorded Blue Mountain originals entitled Omnibus.