The Film Fest So Far—And to Come 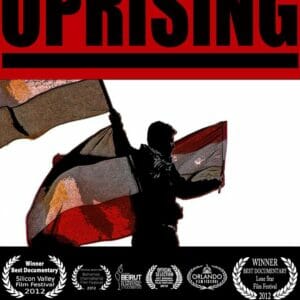 This weekend marks the 10th anniversary of Oxford’s film festival, with a lineup that shows how far this festival has come in a decade.

Festivities kicked off Thursday night at the lyric with the premiere of Ten a collaborative effort between the University of Mississippi’s Media & Documentary Projects Center and the Oxford Film Festival. It’s a documentary film portraying the ups and downs of 10-year-olds in the local Oxford/ Lafayette County community, in celebration of the Film Festivals tenth anniversary.

Discussions about the films continued on Friday with a panel at the Overby Center. Joan Trumpauer Mulholland, the subject of the documentary An Ordinary Hero, discussed her experience as a white southern woman who chose to join the Civil Rights Movement at 19 and suffered the negative consequences of her actions.

Friday night featured a 60-minute “Conversation with Roger Avary” with Oscar winning screenwriter Roger Avary, discussing his most recent works, including The Rules of Attraction and Beowulf. The night continued with the feature documentary Uprising, about the Egyptian Revolution that occurred over two years ago. It opens with an Egyptian journalist speaking over footage of protesters in Cairo, Egypt: “There’s something in the soul that cries out for freedom.” The film effectively weaves in civilian footage shot from the streets in between interviews with academics, diplomats, and the young people who started the revolution. It’s an honest, comprehensive, and in-depth portrayal about a revolution sparked by repression, youth activism, social media, Khaled Said’s murder, and the Tunisian uprising.

A peaceful protest quickly turned into a revolution and a peoples fight for freedom. Three days into the protest, an activist climbed a statue in the middle of Tahrir Square and saw thousands of people filing in. It wasn’t until that moment that she realized it was a revolution, and she was literally in the middle of it. Her story and those of other activists at the front lines of the revolution come to life in this documentary that takes a comprehensive look at how it all started. Its a reminder that freedom “is something in the soul, it’s a part of us all” and about how people from all backgrounds banded together to make their hopes a reality.

The film emphasizes that the struggle for democracy and freedom is still ongoing for the Egyptian people, even after Mubarack was sentenced to life in prison, the transition has not been easy. As one of the hopeful activists said, “Rulers come and go, but the people stay.”

The next screening of Uprising is Sunday at 4:45 p.m. at the Malco theater.

Coming in March: Oxford Film Festival 2023 and a Party for All