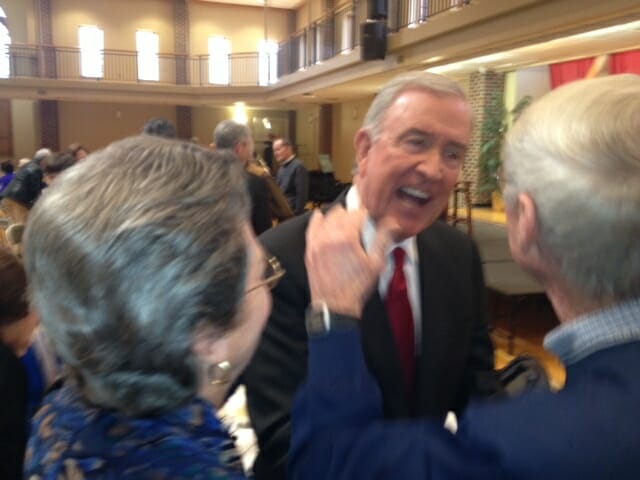 Oxford native Ron Franklin, recently retired from a long career as a sports broadcaster with ESPN, returned home to speak at the Lenten Luncheon at Oxford University-United Methodist Church. Franklin is a graduate of the Ole Miss School of Journalism and was the voice of the Houston Oilers, later the Texas Rangers, and had his own fishing show for many years. The Lenten Lunchen, supported by all local churches, raises funds for needy causes in the community. As an Ole Miss student, Franklin was a star in musical productions. His broadcast career began with a Saturday morning stint as a DJ on WSUH in Oxford, a program called the Ron Franklin Show.