Southside Gallery has been one of Oxford’s premier art galleries for over two decades.

“The gallery has been open for 20 years,” said the gallery’s director, Wil Cook. “Rod and Millie Moorhead opened it in 1993. Millie ran the gallery until 2002, until my mother bought it.”

Located at 150 Courthouse Square, Southside Gallery sells a variety of art with prices to fit anyone’s budget. Their exhibits typically hold work such as paintings, photographs, pottery, and sculptures.

“Everything in here is for sale,” Cook said. “We have all price ranges. We have pieces currently from 65 dollars, to pieces upwards of 1400 dollars.” 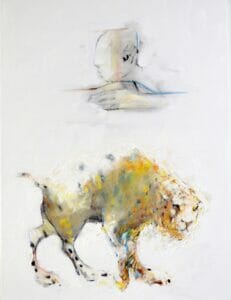 Cook said they house a variety of work from different artists, some local and some not, but many of whom are well known and have national followings. A list on their website has names such as Jere Allen, Glennray Tutor, Rod Moorhead, William Dunlap, Carlyle Wolfe.

“We represent several well-known Mississippi artists, as well as many locally,” he said. “A lot of students would never know it, but they would actually recognize some of these artists other work. For example, we house work by the artist who created the Ford Center Sculpture, and the James Meredith statue.”

“A lot of people don’t realize they could actually own work created by these people.”

Cook said they sell many works of art to Mississippi natives, but they ship art to customers outside the state as well. They also have a reception each month, for people interested in seeing or purchasing their exhibits, as well as a monthly art crawl.

“We have an art crawl here in Oxford on the fourth Tuesday of every month.” he said. “The double decker bus takes people to each venue, and sometimes other businesses will participate, too.”