When Dudes Write About Chicks, Man 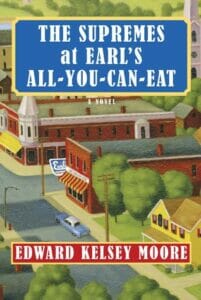 Don’t judge a book by the gender of its author

It might seem a little weird to read a book with strong, real female characters written by a man, but that is what Edward Kelsey Moore has done with The Supremes at Earl’s All-You-Can-Eat.

The Supremes (Odette, Clarice, and Barbara Jean) are a group of women who have gathered at Earl’s since high school. The book follows the women through the ups and downs of their lives, wedded bliss, and unthinkable tragedies. The Supremes are so unforgettable that by the end, you think you’re just another diner in the buffet line at Earl’s. I actually missed them a few days later after I had put my copy back on the shelf.

It always amazes me when men write so convincingly about women and each time I read, I wonder what kind of women they had in their lives that made them so insightful. Moore gives credit to his fond memories from his childhood of eavesdropping on the women in his family and how quickly the topics veered from “heartbreakingly tragic to wildly hilarious.” His purpose for writing The Supremes was to celebrate the joy of true friendship and to invite readers to remember the smart, funny, and strong women in their lives.

The Supremes would make a fantastic beach book (it was my beach book in October), and you might want to remember to pack your big floppy hat in case you get a little teary eyed. 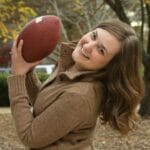 Emily Gatlin spent four years as the manager of an independent bookstore in Mississippi. In 2012, she was nominated to serve on the Southern Independent Booksellers Alliance Board of Directors. She is a contributor for BookRiot.com, the Food & Drink writer for OfficialJane.com, and also writes for Invitation Oxford and Mud & Magnolias Magazine.