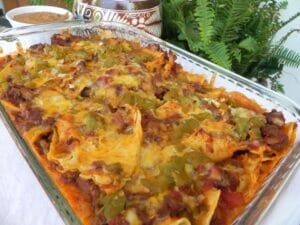 Put a lid on it. Better bottle up that behavior right now or you’re gonna spill out every which way and someone else will have to clean up your mess. Now’s not the time to get fractious and frisky. We have another two weeks before exams are over and spring commitments have been completed.

Cinco de Mayo is largely an American holiday celebrated on May 5 to commemorate an event in Mexican history. Although Mexico’s official national Independence Day is September 16, Cinco de Mayo also is a holiday in the states of Puebla and neighboring Veracruz, and is a national Mexican school holiday.

The commemoration started as a spontaneous celebration of Mexican heritage and pride by Mexicans living in California when they heard about the May 5, 1862, Mexican victory at Puebla over French invaders. The ragtag Mexican army, led by General Ignacio Seguín, defeated the stronger, better equipped, invading French troops a year after the French had driven President Benito Juarez and the Mexican government into retreat. El Dia de la Batalla de Puebla (the Day of the Battle of Puebla) represented a morale booster for the Mexican people, and provided them with a sense of unity and fortitude. The Puebla victory became an ongoing rallying symbol of Mexican honor, heritage, and pride — of David versus Goliath, even though French forces subsequently crushed Mexico in 1863 and formed the short-lived Second Mexican Empire under Emperor Maximilian, (1864-67).

The Mexicans’ victory at Puebla in 1862 had a poignant impact on American history as well — it’s arguably one of the reasons the American Union remained intact during the Civil War. Some Mexican, French, and American historians claim that the French chose to invade and colonize Mexico in 1861 after the nearly bankrupt (from its own wars) Mexican government declared a moratorium on paying off foreign debt. Napoleon III viewed French Imperial occupation of Mexico as a means for expanding France’s interests. It is speculated that those interests included aiding the American Confederacy. France, after all, had long standing commercial and cultural ties with the American South.

Just think: If Napoleon III’s French troops had won at Puebla in 1862, and taken over Mexico earlier than 1864, the Confederate Army might have received a much-desired influx of French supplies and money. Vicksburg would not have fallen. Gettysburg might have ended differently. The blockades up the Mississippi River from New Orleans to Memphis and across the Gulf might have been broken. Grant and Sherman might have been preoccupied on their own borders instead of marching through Georgia and Mississippi and Alabama and South Carolina…

Cinco de Mayo has grown since the Chicano Movement of the 1980s into a major day of celebration across the United States. In 2005, the U.S. Congress issued a Concurrent Resolution for the U.S. President to issue a proclamation calling upon the people of the United States to observe Cinco de Mayo with “appropriate ceremonies and activities.” Today hundreds of American communities hold Cinco de Mayo festivals, parades, educational programs, and special entertainment.

The Old Bride grew up loving Mexican culture and eating Tex-Mex cuisine. The dishes in this week’s column are quick and hearty fare. Consider them among your go-to-dishes for family nights or casual company get-togethers. Toss in a bit of salad, some refried beans, and rice, and you’ll be good to go.

The basis for this dish allows for making either individual rolled enchiladas, or a casserole using the same components. It all starts with the sauce.

Small can of tomato paste

Brown the ground meat in olive oil. Add onion and stir until onion is transparent. Stir in spices. Stir tomato paste into can of diced tomatoes, and add to meat while simmering. Mix well, simmer about 10 minutes, and add half the enchilada sauce. Simmer about 20 more minute until juices have been absorbed. Set aside.

For individual rolled enchiladas, use large flour tortillas. Place about 2 to 3 tablespoons of meat sauce in a line down center of a tortilla. Sprinkle grated cheese and about 1/2 tsp green chilies over meat sauce. Roll tortilla around the sauce and tuck in the ends. Position rolled enchilada, flap-side down, in a 9-by-13-inch baking dish. Repeat, until dish is filled with rolled enchiladas (about 10). If any meat sauce remains, drizzle a small amount evenly over all the enchiladas. Sprinkle remaining cheese and chilies over the enchiladas, and drizzle with remaining enchilada sauce. Sprinkle with green onions. Bake uncovered about 30-40 minutes in preheated oven set to 350 F. Serve two per person with a dollop of sour cream and refried beans, green onions and diced tomatoes.

For enchilada casserole, use same technique with the small corn tortillas. They will break as you roll them and place them in the casserole dish. Position these small packages stacked horizontally against each other like cards, all rolled flaps facing the same direction. Cover with all remaining meat sauce, cheese, chilies, and enchilada sauce. Dust generously with chopped green onion. Bake at 350 for about 40 minutes. Serve with chopped lettuce, diced green onions, and a dollop of sour cream on each serving. YIELD: 6 to 8 large servings.

Some people mistakenly think this is a type of guacamole. It’s really a type of salsa, and is a perfect use for those firm, large green avocados.

1 large or two average ripe avocados (not too ripe)

Combine all ingredients in a glass or stainless steel bowl. Refrigerate at least 30 minutes before serving with toasted tortilla chips. Best served the day it’s made, but will keep up to four days, if sealed. Also tastes great on tossed salad greens, or on large Romaine lettuce leaves topped with strips of smoked chicken.