Liberty for Safety – A Fool’s Choice 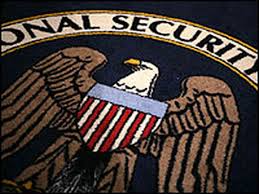 Though the Patriot Act was adopted on the watch of President George W. Bush, I opposed it at the time it was proposed and passed. I still do. As zealous as our nation is about trying to protect itself from terrorism and catch evil people before they do evil things – who can be against such a goal? – I did not then and do not now believe that the way to protect ourselves is to turn over our individual liberties to an all-powerful government.

A few weeks ago, we learned that the Obama Administration is snooping in the emails and telephone records of news reporters and their parents to find out who their sources of information are.

Then, even more chilling news broke this week. We found out that the federal Leviathan is collecting phone records on all Americans.

This practice is creepy at best; more likely, it is downright sinister. Americans should be outraged, and the Congress should act immediately to amend the law to prevent such abuses.

But how are we to blame the government for exercising every shred of power we have turned over to it, or for shading all the close calls in its own favor when deciding whether to lord more or less power over us? Governments always choose more power.

This matter is a disaster of historic proportion, but it is our fault. We allowed Congress to take away our liberty because it made us feel safer.

Benjamin Franklin is widely credited with saying a great many things he did not say. But he did actually write, in 1775, one truth for which he is widely known: “They who can give up essential liberty to obtain a little temporary safety, deserve neither liberty nor safety.”

At the time, Franklin and the founders were on the verge of declaring the nation’s independence from Great Britain. But some colonists protested that the British crown provided safety for the colonies – military protection, financial stability, commercial opportunity – and that the usurpations of personal liberties by King George and Parliament should be endured as the price to be paid for the security the crown provided.

Franklin knew how dangerous that kind of thinking is. He knew that governments have always and everywhere for all of human history extended the reach of their powers as long and as far as the people would allow. And then, the people ultimately lose the power to decide or to protect themselves from the further reach of government excess. Tyranny results, always and everywhere.

I do not hate or disrespect the federal government or the Obama Administration.

And I fear the permanent loss of what the citizens of this greatest nation in history have allowed our government to take from us – our liberty – unless Congress acts now.

Andy Taggart is an attorney with Taggart, Rimes & Graham law firm in Jackson. He is a highly regarded attorney, political, business and community leader. He is a cum laude graduate of Tulane University, where he served on the law school editorial board. He also serves on the Board of Trustees of Mississippi College. A long-time presence in governmental policy and political arenas, he is a frequent speaker at major events and has been involved in a wide range of activities, from serving as CEO of the Mississippi Technology Alliance to chief of staff for the late Governor Kirk Fordice. Email him at andy@tru-law.com