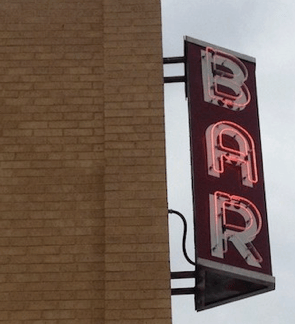 BBQ will come to forefront in new incarnation.

“I hear John Currence bought Lamar Lounge and is making it a barbecue joint.”

Seems this sentence has been a part of many sidewalk conversations in Oxford in recent weeks. Liz Barrett of EatingOxford.com confirms the rumors.

Lamar Lounge opened last year and quickly skyrocketed to popularity locally with its burger—which before long became the subject of an episode of Burger Land on the Travel Channel. At the same time, still other Oxonians remain uninitiated. “You know, it’s the place past the Beacon with the sign that just says, ‘BAR,'” one must tell them.

Recently the Lamar’s owners approached Currence, owner of the City Grocery Group of restaurants, about selling the lounge, Barrett reports.

Currence told EatingOxford.com he plans to offer plates with whole hog barbecue, as well as as tamales, cheese and gravy fries, ribs, burger steak with onion gravy, and jerk chicken.

The Lamar Lounge is at 1309 North Lamar Boulevard.