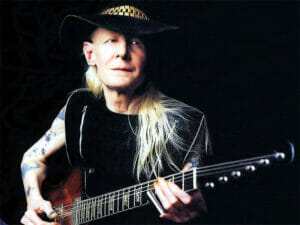 “You’ll have to speak up; I lost most of my hearing at a Johnny Winter concert in 1969.”

That’s what professor Peter Aschoff used to shout at students in his blues class at Ole Miss on the first day of each semester. It made plenty of sense. Winter’s supercharged, raw interpretations of blues and rock ‘n’ roll songs made him a top star in the late 1960s, and he wielded his axe at the Woodstock festival in 1969. And it’s a shame Aschoff passed away in 2002, 11 years before Winter makes his first Oxford appearance at the Fourth Annual Oxford Blues Festival, July 18 to 20. His performance will be at the Library Bar & Grill, but the festival is also on the grounds of the Walton-Young House, next to the University Museum.

“We wanted to have an early show, because a lot of people don’t want to wait until 9:30 or 10 at night to hear music,” says Darryl Parker, director of the festival. The fest’s other acts will perform at the Walton-Young House location on Friday and Saturday.

“[Winter is] from Mississippi,” Parker explains. Though he grew up in Beaumont, Texas, “his dad used to be the mayor of Leland.” Johnny and his brother Edgar were born with albinism, and today both are instantly recognizable with their long, white hair.

The festival has partnered with the Exchange Club Family Center to raise awareness of sexual abuse of children in the Lafayette-Oxford-University community. STAN the Bear will be in attendance.

To buy tickets and learn more about the festival, visit www.oxfordbluesfest.com.