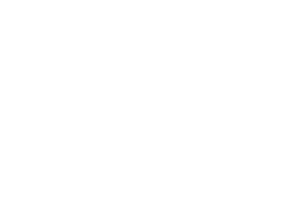 The Ole Miss Football Rebels will face an incredibly tough schedule to start the season, facing four of their first five opponents away from the friendly confines of Vaught-Hemingway Stadium. However, what takes place inside the house that Vaught built will be equally as crucial to the Rebels success in 2013.

The No. 5 key for Hugh Freeze’s club to truly chase 10 wins is to “Protect the Vaught.”

Plain and simple. Win at home.

It’ll be darn near impossible for the Rebels to reel off a 5-0 start this fall, having to play the likes of Vandy, Texas, Alabama and Auburn all on the road. However, it’s entirely possible that they could return to Oxford with a record of 4-1 or 3-2.

For the sake of the argument, let’s assume Ole Miss comes home at a respectable 3-2.

Once players and coaches return from Auburn on October 5, they won’t take to the road again until Thanksgiving Night for the Egg Bowl. If you do the math, that’s 53 straight days the Rebels will be in Oxford. Maybe the Grove will remain open continuously until Missouri arrives on November 23?

Here’s the point: Ole Miss will control it’s own bowl destiny over the six-game home stretch.

The first game of the home stand will be an October 12 duel with Johnny Football and the Aggies.

After last year’s near loss, it’s safe to assume Aggie fans would rather have the Rebels in College Station this time. Nevertheless, SEC scheduling issues send A&M back to Oxford for what could be one of the best games of the entire college football season.

This one will be all about revenge, and the last team with the ball may very well be the winner. Save those timeouts, coach.

There’s no reason to think Ole Miss won’t be fired up about this one, especially after last season.

Whether against A&M, LSU or both, the Rebels absolutely must take at least one of the two.

Splitting the two games would land them at 4-3, with four more home games ahead against the likes of Idaho, Arkansas, Troy and Missouri. As much as anything, the remaining home schedule will signal a breath of fresh air after two intense battles with A&M and LSU.

Granted Arkansas is under new leadership, Troy is no pushover and Missouri should be much better, the final four home slate is devoid of powers like Texas, Alabama, Texas A&M and LSU. As tough as the Rebels will have it early in 2013, things will become considerably less daunting after LSU. Specifically, the final four home games, which are all winnable.

With visions of warm-weather bowl destinations running through their heads, Ole Miss will be focused.

However, the Rebels’ biggest “trap” game of 2013 (meant in a respectful way) comes on November 23.

A mere four days lie between the Mizzou and Mississippi State games for Ole Miss. Late in the season and looking ahead to dealing Dan Mullen back-to-back Egg Bowl losses, it’s imperative the Rebels give Missouri their undivided attention. If not, it could be a tough loss before heading to Starkville.

If the Rebels notch at least a 3-2 mark after the first five, split home contests against A&M and LSU and avoid an unexpected home loss to a team like Mizzou, then they’d enter bowl season at 9-3.

In the end, that would mean Ole Miss went 6-1 inside Vaught-Hemingway Stadium in 2013.

That’s 9-3, with a chance to pick up the coveted 10th win in a respectable bowl game.

To reach 10 wins, Freeze and the Rebels can’t afford to lose more than one at home this fall. –– SEPH ANDERSON